Ciaran Lynch has been appointed by the Labour Party Leader Brendan Howlin as spokesperson on Affordable Housing and the Retail Sector. Mr Lynch was first elected in 2004 to Cork City Council and elected to Dáil Eireann in 2007 and again in 2011. 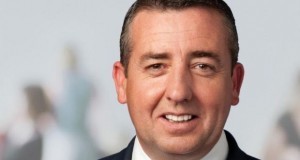 Mr Lynch previously served as Labour spokesperson on Housing and Local Government and more recently headed up several high profile committees as Chairperson of the Banking Inquiry and the Finance, Public Expenditure and Reform Committee.

Welcoming today’s announcement Mr Lynch said: “I am very honoured to have been chosen by Brendan as spokesperson for these two very important roles as they are each areas to which I have a passionate interest and commitment.

“The ability for working people to be able to affordably buy a home of their own is one of the key benchmarks of a fair and progressive society. It is Labour’s strong belief that the desire to be able buy a home in a sustainable and affordable manner should be a realisable ambition for working people and it is the one single lesson we must learn from the property crash. We must never forget that when the price of an average house goes beyond the reach of workers on the average industrial wage the housing market is already broken.

“The Retail Industry is Ireland’s biggest private sector employer and a very significant contributor to the Irish economy. By its very nature and presence across the country in our towns and cities, it is only right and proper that Retail should have its role recognised and I commend Brendan in breaking new political ground in appointing me a the first dedicated spokesperson for the sector.

“I now very much look forward to working with Brendan and the other members of the Labour team in bringing forward new progressive proposals and polices which set out our vision for improving people’s lives and communities. I also look forward to working hard with my other Labour colleagues to shadowing every proposal tabled by the Government. We will support them when they do right. But we will oppose them when they do not.”

Commenting on the news Retail Excellence Ireland CEO David Fitzsimons said “The appointment of Ciaran Lynch as the Labour Party retail spokesperson is a very welcome development. Retail does not enjoy the level of political support it deserves considering it is the largest industry in Ireland employing over 280,000 people. We hope that other political parties will take note and make similar appointments. Knowing Ciaran personally for many years I am very confident that Ciaran fully understands the issues afflicting our industry and is a great appointment by the Labour Party. We look forward to working with Ciaran in his new role”.