Junior Minister for European Affairs, Dara Murphy TD, has congratulated Republic of Ireland football fans following the announcement by the Mayor of Paris, Anne Hidalgo that she is to award the Medal of the City of Paris to supporters. 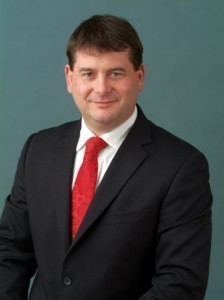 “The Irish team and supporters who travelled to Euro 2016 really did us proud in France and on the European stage over the last few weeks. The fans showed true sportsmanship and the very best of the Irish spirit while in France, which has been a source of great pride for all of us following the championship at home.”

“I warmly congratulate the fans on the announcement today by the Mayor of Paris, Anne Hidalgo that she is to award them the Medal of the City of Paris for their exemplary sportsmanship and the positive atmosphere they brought with them as they travelled from match to match.”

““This is a prestigious award and great recognition of the positive contribution Irish fans have made to the overall spirit of Euro 2016 and in representing our country abroad. It’s very well-deserved and an award that we can all be proud of.”