Sinn Fein in Cork have announced a public meeting entitled ‘Seize the Moment-Time for a United Ireland’ in Cork City this evening (Thursday) June 30th. The event will take place at the Metropole hotel on MacCurtain Street at 7.30pm. 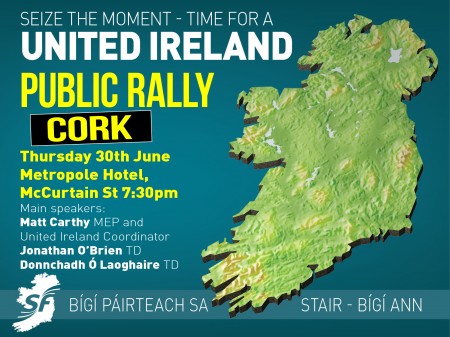