By TheCork.ie on 28th February, 2017Comments Off on Funeral of former Falkland Islands Govenor held in Bantry 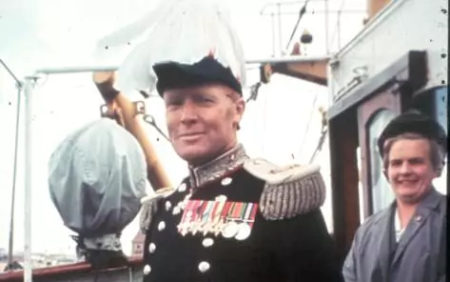 Sir Cosmo Haskard died this day last week at his home at Tragariff on the shores of Bantry Bay.

Born in Dublin in November 1916 he had marked his 100th Birthday just three months ago.

He spent most of his childhood in England, and graduated from Sandhurst and then moved to Pembroke College, Cambridge where he studied modern languages. Following this he served in Africa during the World War II. By this time his father had built a new family home at Tragariff, West Cork, and it was here that he spent his holiday time.

After the War he joined the ‘Colonial Service’ and served in Africa where he met his wife Phyllida. His final posting was as Governor of the Falkland Islands from 1964 to 1970. He then retied to West Cork with his wife, and son Julian.

He will be remembered locally in Bantry parish for those latter years. He was deeply involved with his local church community.

Funeral of former Falkland Islands Govenor held in Bantry added by TheCork.ie on 28th February, 2017
View all posts by TheCork.ie →