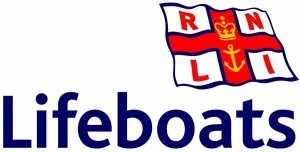 Cork footballer Brian Hurley was in Croke Park last week to help launch a major new partnership between the RNLI and the GAA aimed at reducing the number of people who lose their lives though drowning in Ireland.

Each year an average of 28 people drown accidentally around the Irish coast.*
The RNLI aims to halve coastal drowning by 2024 and the GAA will work with the charity to engage with clubs and communities, particularly on the coast, to provide information and support that could save lives.

Brian who is from Union Hall and plays his club football with Castlehaven GAA, lives close to the RNLI station in Union Hall where his brother Stephen and Shane are lifeboat crew and his father Haulie is on the shore crew.

The RNLI’s drowning prevention campaign ‘Respect the Water’, will be supported through the GAA’s Healthy Clubs initiative and the wider club network. Many GAA clubs are based in coastal communities with 333 of them in a 10km radius of the 46 RNLI lifeboat stations in Ireland. Their location makes them ideally placed for sharing information and raising awareness of the causes of drowning and how to prevent it.

Through the partnership the RNLI invited the GAA to their training college in Poole and to Portsmouth University, to meet cold water expert Professor Mike Tipton. Along with four GAA athletes, GAA health and well-being representatives including Noel Browne from Castlehaven GAA in Skibbereen, saw what it was like to be plunged into cold water and see the effects of it on the body.

Speaking at the launch, Brian Hurley said: ‘I live about 20 yards from the pier in Union Hall which is a big fishing community. Going back five years ago to the Tit Bonhomme tragedy, I can remember waking up that morning and there was a lot of commotion going on outside. Me and the brother rushed across the pier to see what was going on and we got wind that a trawler was going down at the mouth of the harbour. Before I knew it I was on a trawler heading out to see if we could help out in any way. Unfortunately we got the bad news that it was Tit Bonhomme that had went down. Such a small community we knew exactly who was onboard, we knew Michael (Hayes) from being around the village. That was very difficult and it hit the community very hard but everyone pulled together.

‘The hardest thing was when the hours went on and the days went on it wasn’t about rescue, we were looking at recovery unfortunately. In fairness everyone pulled together – the RNLI, the Coast Guard – they were all down there and they treated everyday like it was day one. They were trying their hardest. The effort was unbelievable so that is why I got involved because it’s on my own doorstep and when it hits you close to home. Fortunately we got a lifeboat down in Union Hall and it has been very successful since and that is great to see. That’s why I got involved I don’t what families to go through what the Hayes family went through and the community went through.’ 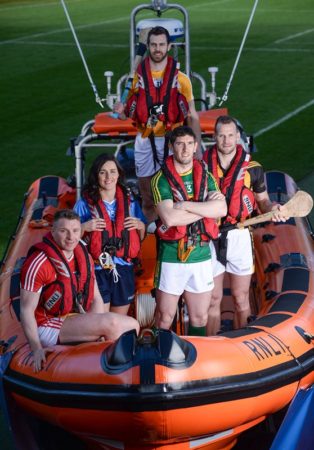 An inflatable RIB on a GAA pitch! Pictured at the launch of the RNLI’s partnership with the GAA to prevent drowning, in Croke Park

In announcing the partnership, the President of the GAA, Aogán Ó Fearghaíl said: ‘In the RNLI the GAA sees an organisation that mirrors its core values of community activity and volunteerism. We welcome the ‘Respect the Water’ campaign and its efforts to keep people safe all year round.’

Joining the President at the launch was RNLI Chief Executive, Paul Boissier, who added: ‘Drowning devastates communities, but it’s often accepted as just part of life by the water. We believe that many of these deaths are preventable and we need to work with other organisations who, like us, want to keep their communities safe. Much like a lifeboat station, a GAA club is at the heart of community life. Sporting communities can play a major role in preventing deaths by drowning. Through their approach to the sport and their position in the community they are well placed to be lifesavers.’

Broadcaster Mícheál Ó Muircheartaigh, who was Master of Ceremonies for the launch, also narrated a specially commissioned short film for the partnership, which was given its first screening at the event.

The RNLI will work with the GAA and their volunteers in local communities to promote the campaign and share key safety messages and advice.