Rosscarbery man Mike Keohane will represent Ireland at the upcoming World Transplant Games in Malaga, Spain at the end of the month. 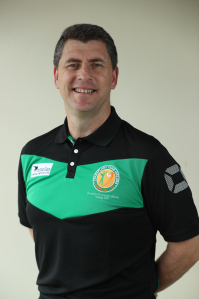 Mike has represented Ireland at previous Transplant Championships but is aiming to win his first World Medal in Malaga. Currently the Irish National Indoor Masters 3k RaceWalk champion, Mike is hoping to take a medal in his favoured event – the 5k Race Walk and is hoping that his hard training will pay off.  Mike is currently the UK Racewalk Champion and European Silver medallist in the event so the next target is a world medal.

Mike has been part of Team Ireland since 2010 and has competed in Sweden, Poland, Croatia, Finland and the UK winning medals in his disciplines of RaceWalk, Discus,Shot Putt and Badminton. Mike is the present  European Champion and UK Champion in the Discus so he hopes to perform well here also.

The shot putt is  a sport that Mike has also achieved great success, winning Silver in Helsinki last year and Silver in the UK Championships also.  He has recently taken up the Javellin and is hoping to compete at the highest level here also. Mike continues to honour his donor each and every day of his new life. Whilst his sporting success is a huge personal achievement,  at the same time it showcases the success of organ donation and transplantation whilst offering inspiration to those who are newly transplanted or newly diagnosed with organ failure.

To carry a Donor Card Freetext the word DONOR to 50050