Brian McGrory, bartender at Cask in Cork (48 MacCurtain Street, did Ireland proud as he competed against some of the world’s best bartenders in the annual Opihr World Adventure Cocktail Competition Global Final in Marrakech, Morocco today. 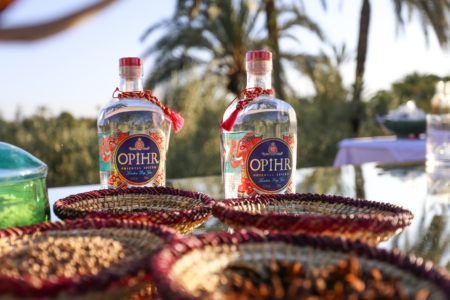 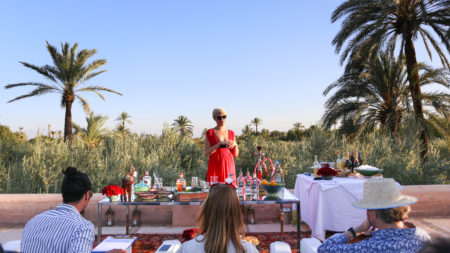 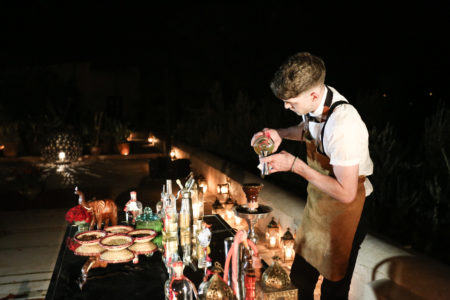 23-year old McGrory – who was competing in his very first cocktail competition – and the nine other top bartenders competing in the final were tasked with re-creating the Opihr Gin cocktail that helped them to victory in the national finals. They were also given a second surprise challenge – they had 24 hours to create a second Opihr Gin cocktail, incorporating local spices and ingredients sourced from the world-famous Medina in the walled city of Marrakesh and from spice gardens outside Marrakesh, a key location on the ancient spice route which is at the heart of Opihr.

The final was hosted by Lisa Doyle (pictured left), Commercial Manager-On-Trade (Ireland) for brand owner, Quintessential Brands and the eventual winner was Aaron Pollack from The Dawson in Chicago, USA. Pollack wins an adventure for two to a mystery location on the Spice Route, the inspiration for the creation of Opihr Gin.

The judging panel, which was comprised of Opihr Gin Master Distiller, Joanne Moore; co-founder of The Cocktail Lovers publication, Gary Sharpen; and Hadni Soufiane from Marrakesh’s leading cocktail bar, Baromètre, chose Pollack as the winner after much deliberation, with Michael Rambags from the Netherlands given an honourable mention as runner-up.

Judge and Opihr Gin Master Distiller, Joanne Moore, commented; “The calibre of all the bartenders who took part in the final this year was so impressive – they all demonstrated a great understanding of the flavour profile of Opihr Gin, and the enthusiasm and creativity they showed when presenting their new serves to me and my fellow judges was genuinely inspiring.  It was such a tough decision to choose the winner but Aaron is very deserving; he told the stories behind his serves so well and showed great skill. I’m really looking forward to maintaining our relationship with him in the years ahead and I hope his Spice Route adventure prize gives him even more great memories of the competition.”

Following his triumph, Pollack said: “The Opihr World Adventure Cocktail Competition has been the best competition I’ve been able to participate in yet and I’m so happy to have won. I take a culinary approach to cocktail development and when I tried Opihr for the first time, I was struck by its depth of flavour and the way it embraces the everyday palate of the region unlike any other gin. I felt it adds something truly different and unique to a cocktail so when I heard about the contest, I knew I had to sign up. The competition has helped other finalists and myself to really push our boundaries – I’ve learned so much and have been inspired by the people and experiences I’ve had in Marrakech.  After I return home, I’m looking forward to drawing on these experiences for our beverage program at The Dawson.”

The two days preceding the final saw the finalists embrace the spirit of adventure that is the very essence of Opihr with the group descending on the bustling Medina on Monday afternoon to source local ingredients and props to bring their cocktails to life for the judges. On Monday evening, the finalists visited Marrakech’s leading cocktail bar, Baromètre, where the owners shared their insights about local spices and gave the contestants the opportunity to get behind the bar and experiment. On the morning of the competition, the group was taken to Paradis du Safran, a picturesque, fragrant spice garden called in the Ourika Valley, where they learnt about saffron and were able to pick their own organic spices and herbs straight from the plants to use in their serves that evening at the final.

The adventure for the competitors didn’t end with the final however. The next day saw them hiking in the Atlas Mountains with lunch in the foothills of Mount Toubkal, Morocco’s highest peak, before enjoying an afternoon of quad biking in the desert, followed by an authentic Moroccan campsite dinner in the desert at sunset.

Joanna Richardson, International Brand Director for Opihr at brand owner, Quintessential Brands, states, “We were absolutely thrilled by the response from bartenders across the world when we launched the fourth edition of the World Adventure Cocktail Competition earlier this year. The competition doubled in size such was the response, with entrants from 13 markets taking part this year. There are so many cocktail competitions on offer to bartenders these days so for Opihr to have attracted such talented bartenders this year shows that the World Adventure Cocktail Competition is fast becoming known in the bar industry as one of the most challenging and rewarding competitions to be part of.

“Special congratulations from all of us at Opihr and Quintessential Brands to Aaron for his impressive win, but we hope all the finalists have enjoyed their experiences in Marrakesh and that this Opihr adventure will continue to inspire them as they return to their home countries.”

The 10 finalists in the Opihr World Adventure Cocktail Competition 2017 were: