Cork City Welcomes the World Health Organisation (WHO) Political Vision Group
Lord Mayor of Cork, Cllr Tony Fitzgerald is hosting the World Health Organisation’s (WHO) Healthy Cities Political Vision Group today and tomorrow at Cork City Hall.
Along with Cork City, the Political Vision Group is made up of political representatives from nine other countries: Turkey, Denmark, Israel, Finland, France, Bosnia and Herzegovina, the Russian Federation, Austria and Italy and is charged with developing the political vision for the future of the WHO European Healthy Cities Network.
The meeting will focus on the WHO’s strategic goals for Healthy Cities in the context of the European health policy ‘Health 2020’ and the sustainable development goals.

Monika Kosinska, WHO/Europe’s Regional Focal Point for Health Cities said: “The City of Cork has achieved so much since being designated a Healthy City from being an age-friendly city to getting school kids moving, from urban gardening to Traveller Pride, Cork has reached out and harnessed the collective power of civil society, government, academia and, most importantly, the people of Cork. These achievements are built on a solid foundation of hard work and civic pride and it’s a pride that we at WHO/Europe share, as we see Cork embodying our vision for the healthy cities of the future”.

Cork City was designated a Healthy City by the WHO in January 2012. A Healthy City is continually creating and improving physical and social environments and expanding community resources which enable people to support each other and develop to their maximum potential. In Cork, Healthy Cities has been focussing on healthy food policy, the development of Green Spaces for Health, the development of a Community Cancer Network, support for Cork as an Age Friendly City and Workplace Mental Health Promotion and the development of a health profile of the City.

Healthy Cities Co-ordinator, Denise Cahill said: “Cork City has embraced, celebrated and supported the evidence that health is influenced by where a person lives, their income, their level of education, their culture, and accessibility of public services. Cork is delighted to support the implementation of the WHO framework for Healthy Cities in line with our own national health policy ‘Healthy Ireland”. 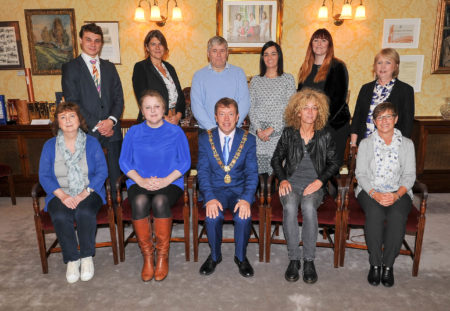 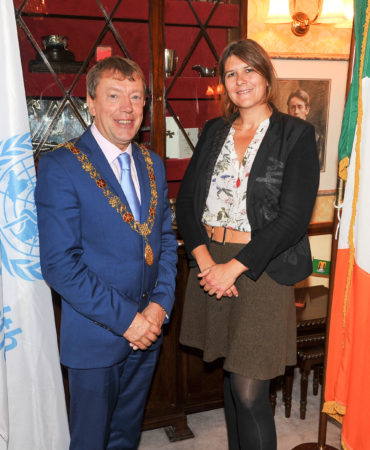