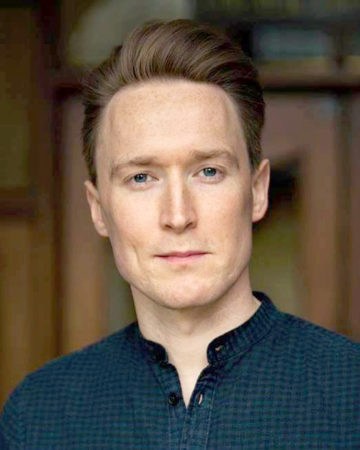 The Comedy Improvised Murder Mystery Gang are back again with their hilarious ‘off the cuff’ antics for three nights only at the Cork Arts Theatre from Thursday 26th October.

Now in its 7th year, the show is entirely improvised and with no script to fall back on the actors must create the entire plot with its many twists and turns on the spot. As usual, things get out of hand pretty quickly with deadly (and hilarious) consequences.

The audience must play their part each night too and they will secretly decide beforehand who the unfortunate victim and the mysterious murderer will be. And they will also provide hilarious ‘secrets’ that the cast read out at random moments to add mayhem and mirth to the proceedings. All of this is completed before the show starts so that the audience can then sit back, relax and enjoy the ensuing mayhem.

Bringing the various characters to life each evening is the task for some very talented Cork actors including Dominic MacHale (The Young Offenders), Adrian Scanlan (Snatch Comedy Improv), Annette Roche, Laura Harte and Cornelius O’Sullivan (The Improv Panto). Their experience in comedy improvisation will ensure that the audience won’t have time to catch their breath.

The production is devised by Cabal Theatre Company director, James Horgan, who says of the show, “This year we have decided to take our inspiration from the classic ‘whodunnit’ board-game, ‘Cluedo’. So, we will have the well-known characters as our protaganists – Colonel Mustard, Miss Scarlett, Reverend Green, Mrs. Peacock and Professor Plum. It should be a lot of fun as no-one (including the cast) knows who the victim and murderer will be until they are revealed at the appropriate moment. And, due to both its improvised nature and the audience ‘secrets’ the show is completely different each time it’s performed.”

So, with audience suggestions, random musical cues and no script in sight, ‘The Comedy Improvised Halloween Murder Mystery’ is set to be a deliciously chaotic and hilarious evening’s entertainment and one of the season’s comedy highlights.

Tickets are €15 and €12 concessions with a group rate of €10 per person for groups of 8 or more. Book early to avoid disappointment by calling the Cork Arts Theatre on 021 4505624. Further details and online booking at www.corkartstheatre.com