By TheCork.ie on 17th December, 2017Comments Off on CORK MACRA: Knockraha beat Carrigaline in Seandun Debating Round

The Seandun Final of Senior Debating was held in Whitechurch Community Centre on Thursday December 12th. On the night Carrigaline proposed the motion ‘this house believes that security cameras are an invasion of privacy’ which was vehemently opposed by Knockraha. What followed was certainly a highly entertaining debate!! Congratulations to Knockraha Macra who won on the night and so retain the Seandun Debating title for the second year running. Siobhan Kelleher, Knockraha who was also awarded best speaker. Best of luck to both teams who go forward to represent the region in the next round of the competition in the New Year. The competition brings to a close Seandun’s final competition in 2017 but will back in action early in the New Year. The next Seandun regional meeting will take place on Wednesday January 3rd hosted by Kinsale Macra. 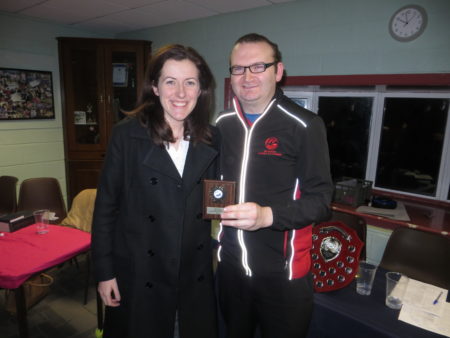 CORK MACRA: Knockraha beat Carrigaline in Seandun Debating Round added by TheCork.ie on 17th December, 2017
View all posts by TheCork.ie →