CORK PERSON OF THE YEAR 2017: is Bob Seward, founder of the Cork Academy of Music 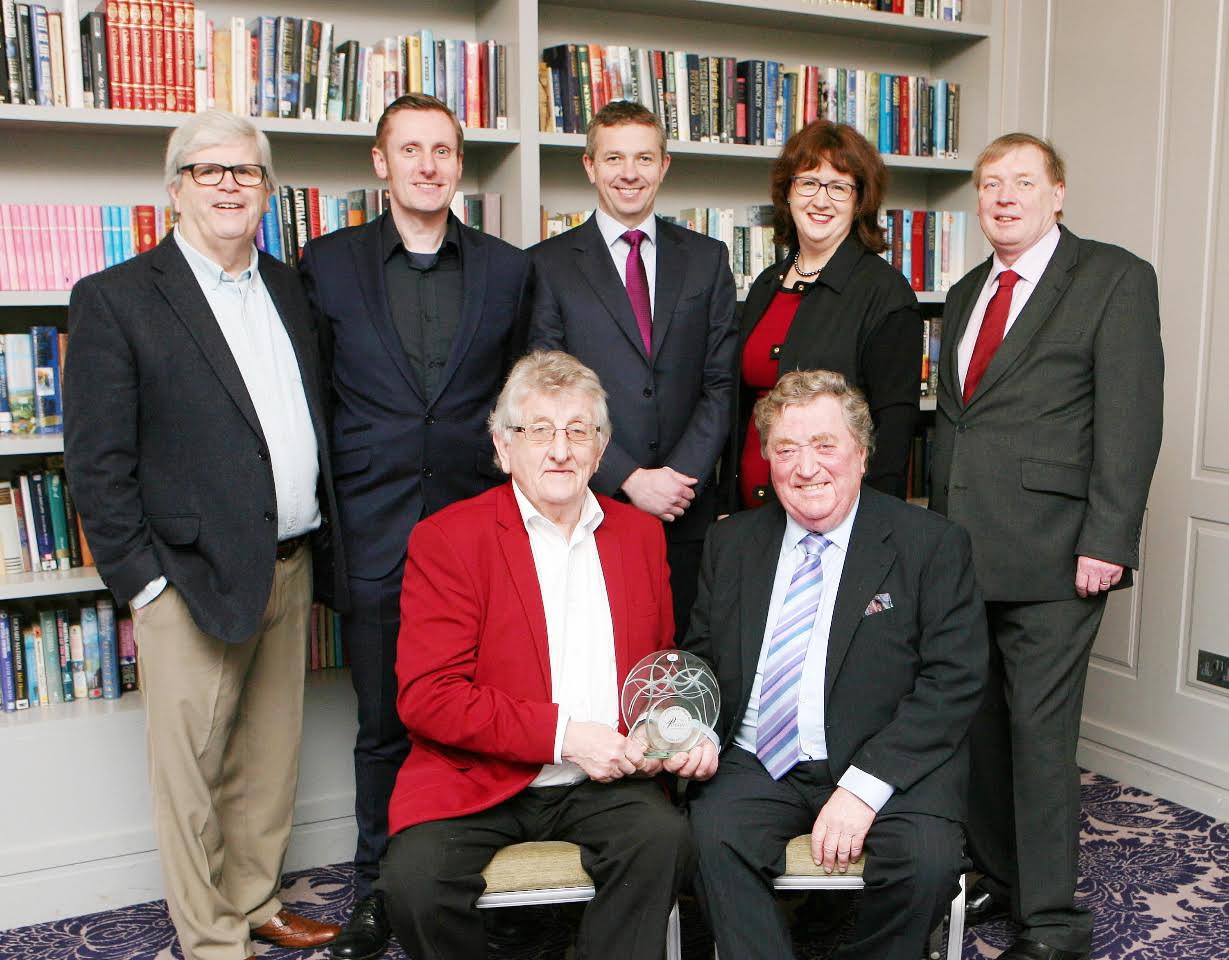 Bob Seward, founder of the Cork Academy of Music, has been named as ‘Cork Person of the Year’ 2017 for his ground-breaking work in music education on the northside of Cork City.

The award ceremony was held in front of a packed attendance at the Rochestown Park Hotel, on Friday, January 19th. MCs for the event were the hosts of Prime Time on RTÉ television Miriam O’Callaghan and David McCullagh.

Mr Seward set up the voluntary, not-for-profit school of music in 1994 on Cork’s northside to provide an education in music literacy and instrument skills for people living in a traditionally high unemployment area of the city.

“Our original aim was to use music as a tool for social inclusion, so we located the Cork Academy of Music in an area of the city with relatively low educational achievement and high unemployment levels,” explained Mr Seward.

“Since then, the Academy has provided a music education for many thousands of people and created a pathway to both work and, indeed, further education. We have also fostered important relationships with individuals and groups in the local community, focusing on combating disadvantage and helping to promote social inclusion.

“I’m honoured and delighted to accept this award and I’d like to thank Manus O’Callaghan and the team for organising such an excellent awards scheme.”

Working in a voluntary capacity at the Cork Academy of Music since its foundation 23 years ago, Bob Seward has carefully steered and guided the work of the Academy since its inception. A retired army captain, he is the proud recipient of two United Nations peace medals – in recognition of his service in the Congo in 1960 and in Cyprus in 1963.

Awards organiser Manus O’Callaghan said Bob Seward was a worthy winner of Cork Person of the Year. “Bob is a very popular winner of the Cork Person of the Year Award. His contribution to music education in disadvantaged areas of Cork City has been phenomenal and has opened the world of music to so many young people that otherwise wouldn’t get this opportunity.

“Bob has also steered young people from his music tuition back to mainline education courses in other areas to help them secure employment.”

Mr Seward wasn’t the only winner on the day. To mark the 25th anniversary of the awards, a special Hall of Fame Award was presented to Ted Crosbie for his contribution to Cork through the Irish Examiner over many years.

There were also contributions on the day from Guest of Honour Micheál Martin TD, who launched the awards scheme in 1993, Tánaiste and Minister for Foreign Affairs Simon Coveney TD and Director General of RTÉ Dee Forbes. Ted Crosbie and his son Tom, Chairman of the Irish Examiner also spoke at the event. The audience was also treated to the voice of Cork soprano Cara O’Sullivan, who performed a number of songs for the large attendance.

The sponsors of the Cork Person of the Year award scheme are the Irish Examiner, RTÉ, Southern, AM O’Sullivan PR, Lexus Cork, Tony O’Connell photography and Cork Crystal.

The winner of the Cork Person of the Year was selected from the 12 Cork Persons of the Month chosen over 2017:

April: Sineád Kane, with only 5% vision she created a record by running 7 marathons on 7 continents in 7 days.

May: Donncha O’Callaghan legendary Munster and Irish rugby international and UNICEF Ambassador.
June: Sr. Philomena O’Sullivan, honoured for her 50 years nursing and humanitarian work in Korea.
July: Tony O’Connell for his leadership and work with Cork City Sports International over the decades.

November: John Caulfield for restoring the glory days of Cork soccer by winning the League and Cup double.

December: Denis O’Donovan has spent his retirement years fundraising for the Cancer Care Centre at the Mercy Hospital and South Infirmary plus Kerry Hospice.

IS COLLEGE A WASTE OF MONEY and TIME? New survey reveals 40% of 2016 Level 8 Irish Degree graduates earn than €25k – and Arts leads to the lowest pay with some on €13k!
Previous Post
SAILING: Volvo Cork Week entries off to a winning start