Lord Mayor of Cork, Cllr Mick Finn said he was delighted for the Miller family and all involved that the event can now be opened up to a much bigger support base. 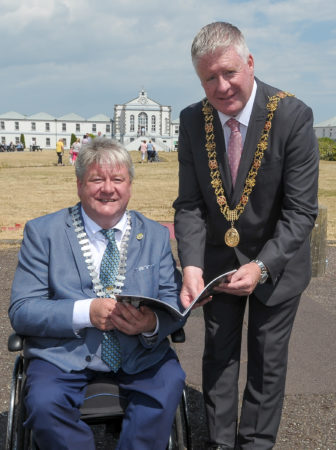 “Common sense has prevailed. I applaud the GAA authorities for making this decision within the parameters of their own rules. It’s easy for the social media experts to castigate the GAA – some of the criticism levelled has been rooted in ignorance of what the Association means to people – but it has its rules and don’t forget it was the sporting avenue in which Liam first came to sporting prominence,” he said.

“Credit must go too to our local Cork GAA management who appreciated this from the outset and who played a part in getting to this point. There has been a huge groundswell of support behind holding this special event in Cork’s premier sporting venue – indeed Munster’s premier venue. The right decision has been made. Credit must now be given where it is due”.

“That 7,000 tickets sold out in a minute for Turner’s Cross speaks volumes for the regard and respect in which Liam was held. This controversy cannot have been easy for Liam’s family to see and hear every day and I hope a line can now be drawn under it and that everyone unites in support of them and charity partner Marymount Hospice. This is a win/win situation. I hope that Cork people will now live up to their reputation and ensure the Pairc will have it’s first daytime sellout crowd for this charity event which will put Cork and the GAA on the map for the right reasons”.

The Lord Mayor also hopes that the bigger capacity will facilitate different pricing brackets to open up the event to the unemployed, OAPs, students and school kids.

Below: Joint Statement from the GAA and The Organising Committee of the Liam Miller Tribute Match

The GAA and the Organising Committee of the Liam Miller Tribute Match can confirm that following meetings of the GAA’s Management Committee and Central Council, the event will take place at Páirc Uí Chaoimh on Tuesday September 25th.

In agreement with the Committee the day will also include a GAA event in advance of the Tribute Match. The details will be finalised in the coming weeks.

Further information relating to arrangements and ticketing for the game – including those purchased already for Turner’s Cross – will be finalised at a meeting of the Committee and Cork GAA on Monday and made public shortly afterwards.

The GAA would like to wish the family of Liam Miller and the organisers every success in their efforts.

The Committee of the Liam Miller Tribute Match would like to thank the GAA for their support with this event.