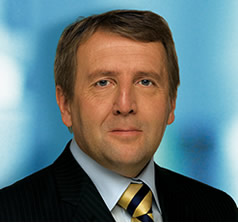 The Cork based Minister for Agriculture, Food and the Marine, Michael Creed T.D., has welcomed the signal from the European Commission on their agreement to some proposed adjustments to the GLAS scheme for this year in response to the current fodder shortages. This proposal will now have to go through some additional procedures before it can be formally ratified. This progress comes after ongoing contact between Department and European Commission officials including a bilateral meeting earlier today in Brussels. This was a direct follow-up to the request made by Minister Creed to Commissioner Phil Hogan.

Minister Creed commented; “We have been exploring a range of initiatives in light of the recent severe drought conditions and their impact on an already difficult fodder situation and I had raised with Commissioner Hogan the potential benefits of some adjustments under the GLAS Scheme. These will specifically add to the quantities of winter fodder available by bringing over 260,000 additional hectares into production. I wish to thank the Commissioner and his officials for their engagement on this. Both he and I were in full agreement that obviously any measures had to be both meaningful for the farmer while also respecting the environmental priorities of the GLAS scheme and I am delighted that we have achieved this today”.

The Commission signalled that the Irish request will be considered for formal approval when it has been fully processed through the required procedures. It is proposed that the measures will be effective from Saturday 1st September and this will be confirmed in advance subject to all remaining procedures being completed.

On the environmental priorities of the Scheme, the Minister added; “Our proposal to the Commission is based on a detailed environmental assessment. This demonstrated that the action of mowing Low Input Permanent Pasture parcels is not considered to have a negative impact on achieving the environmental objectives of the action as it is now entering the late stages of the growing season for many floral species. The parcels have been maintained using the appropriate grazing regime and have adhered to the fertiliser and pesticide restrictions. This has allowed the flora present to germinate and for pollinators and other invertebrates to maximise the potential from the floral diversity within the parcels achieving the desired annual outcome of the action”

The Minister concluded that that; “These measures will provide a valuable extra source of fodder, complementing the range of initiatives I have already introduced this summer. My Department will confirm when the procedures to formally agree the measures are concluded as soon as possible. I will continue to monitor the fodder situation closely and work with all stakeholders until we have successfully addressed the issues around fodder availability”