The organisers of the Liam Miller Tribune Match, which took place in front of a full house at Páirc Uí Chaoimh on 25 September, are delighted to announce that the total amount raised by the events is €1.5m.

Above: Lord Mayor Cllr Mick Finn (Ind).Members of the event’s organising committee, led by Chairman Michael O’Flynn, made the announcement yesterday at a briefing in the Lord Mayor’s office, City Hall, Cork.

The organisers would like to sincerely thank all who supported the event and made it such a memorable occasion.  Sincere thanks also to all of Liam Miller’s former team mates from the Republic of Ireland, Manchester United, Celtic and Cork City football teams who came to Páirc Uí Chaoimh and paid such a wonderful tribute to Liam Miller on the field of play.  Very special thanks go to the managers of the two sides on the day, Martin O’Neill, who led the Republic of Ireland/Celtic squad, and Roy Keane, who was also a member of the organising committee, and performed the role of player/manager of the Manchester United squad on the day.  Special thanks also to Celtic player Scott Brown’s testimonial committee who made a significant donation to the fund. The organisers also which to thank the GAA who generously gave the use of Páirc Uí Chaoimh, as well as the Lord Mayor, Cllr Mick Finn and the members of Cork City council, and the Cork based TD’s who supported the event and helped to make it such a great success. 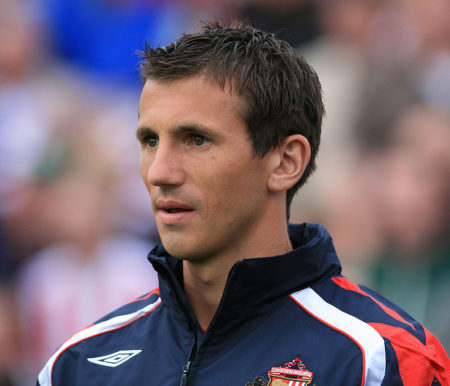 Liam Miller.
This image, which was originally posted to Flickr, was uploaded to Commons using Flickr upload bot on 11 April 2008, 21:24 by Sunderland06. On that date, it was confirmed to be licensed under the terms of the license indicated.

The funds will be distributed as follows:

*Jack O’Driscoll is a young man from Mayfield in Cork who was left paralysed following a freak accident during Storm Emma earlier this year.  Jack was involved in Hurling and Football with Mayfield GAA club in Cork City and also St. Mary’s A.F.C in Cork.

The benefit match was the brainchild of number of key figures from the world of business and sport, including chairman of the organising committee, Michael O’Flynn, who  is a neighbour of the Miller family, Sir Alex Ferguson, Roy Keane, Martin O’Neill, John O’Shea, Graham Barrett, Ciaran Medlar, Ger Gilroy, Celtic chief executive Peter Lawwell, Manchester United chief executive Ed Woodward and Denis O’Brien amongst many others.

Chair of the committee, Michael O’Flynn, a neighbour and friend of Liam’s, said, “This was such a wonderful occasion for the people of Cork and sports fans throughout Ireland who attended an event that brought some very famous footballing stars to Cork.  It was indeed both celebratory and poignant, saluting the achievements of one of Cork’s sporting heroes who sadly lost his battle with cancer earlier this year.  We are so grateful to everyone who supported the event by buying tickets or attending the dinner in City Hall, your support was truly phenomenal. We are delighted to have achieved this level of fundraising, and are pleased to donate funds to the various charities as a result. We would like to acknowledge everyone who helped bring the game about including John Delaney and the FAI, Sir Alex Ferguson, John O’Shea, John Caulfield, Cork City FC, as well as the GAA and Cork County Board for accommodating the game at Páirc Uí Chaoimh. The Miller family are humbled by the events and the outpouring of support from the people of this country, and supporters from further afield.”

Roy Keane, said “Everyone involved in the game is delighted with the amount raised, which will benefit so many people.  The response from the public towards the Miller family is truly amazing.”

Clare and the Miller family said “We feel truly blessed and grateful.  We would like to thank everyone involved from the bottom of our hearts.  The love and support you have shown will always be remembered and treasured by us.”

120,668 people with asthma in Cork need to be aware of their asthma triggers this Hallowe’en to avoid a potentially fatal asthma attack
Previous Post
When will the M20 Cork-Limerick motorway actually be built?