Today, Thursday, 1 November, will see the launch of the most recent volume of the Journal of the Cork Historical and Archaeological Society, as well as the online publication of over a century of back issues of the journal. William O’Brien, Professor of Archaeology at University College Cork, well known for his research, excavations and books on prehistoric sites in Cork, will officially launch the journal and the online resource. The launch will take place in Cork City Library on Grand Parade at 7pm on Thursday 1 November and all are welcome to attend. The Journal of the Cork Historical and Archaeological Society has been the main outlet for scholarship on the City and County since it was first published in 1892. This year marks the first time the annual journal will have been produced fully in colour. Articles in this year’s journal include: ‘Benedictine monks from Rosscarbery in Würzburg’, ‘Insurance Fire Brigades in Nineteenth-Century Cork’, ‘Life in a West Cork Clachan’ and ‘John Walsh, Nineteenth-Century Cork anti-Newtonian’. However, a significant portion of this year’s journal is the first published account by archaeologist Ann Lynch of the excavations that took place at the Franciscan Friary on Sherkin Island from 1987 to 1990 under the auspices of the National Monuments Service. The article details important information about the construction of the Friary, which is one of the best know monuments in the county. However, the most remarkable findings from the excavations was the quantity and range of exotic pottery from the site. These ceramics, mostly of sixteenth- and seventeenth-century date include high status table wares, as well as more utilitarian vessels, such as olive jars. The range of wares includes vessels from China, Italy, the Iberian peninsula, France, the Rhineland and the Low Countries.They largely belong to a period when the building had gone out of use as a friary and they may be explained by the importance of Baltimore Harbour as a major centre for trade, fishing and pirate activity at the time.

Dr Griffin Murray, President of CHAS, commented ‘Really, it is not surprising to find such exotic pottery on Sherkin Island. While it may seem remote from a modern perspective, one must remember that the sea was the highway in the past and that Baltimore Harbour was one of the major ports of Ireland.’ 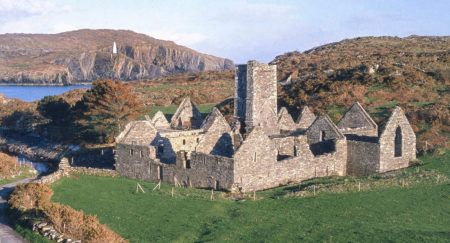 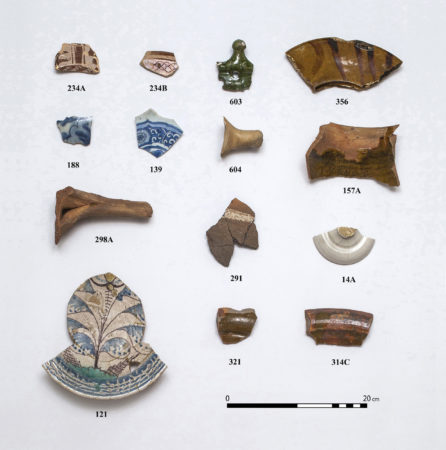 Dr Ann Lynch, who lead the excavations at Sherkin Friary for the National Monuments Service said that: ‘Baltimore Harbour was one of the most vibrant maritime ports on the south-west coast in the late medieval and early post-medieval period and by the early seventeenth century when Thomas Crooke had leased the town of Baltimore from Fineen O’Driscoll, the trade with pirates had resulted in a marked expansion of the town. In fact, this part of the south-west coast with its indented coastline and many sheltered bays was known as ‘the nursery and storehouse of pirates’ and in 1610, it had been reported to the king that pirates were receiving constant ‘relief from the people of Baltimore and Inisherkin’.

The 2018 journal will be available to purchase on the night (free for members). There will also be a large selection of back issues of the journal for sale at reduced prices.
To access the back catalogue of journals from 1892 – 2008 see www.corkhist.ie

EDITORIAL: What is a ‘RUXI’? – it would be a Irish Government endorsed Uber for rural areas
Previous Post
Sun cream should be cheaper – says Senator