Cork City Council is honouring some of its finest community volunteers and groups at its annual Lord Mayor’s Civic and Community & Voluntary Awards Night in City Hall on Wednesday 24th April 2019 at 7.30 p.m. 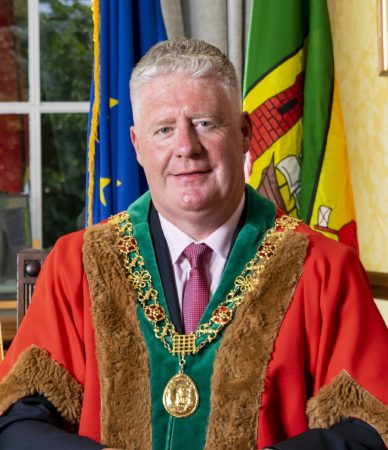 The Lord Mayor’s Civic Awards will be presented to five recipients as follows, with the sixth to be announced on the night from eleven winners of the Lord Mayor’s Cork Schools Young Person of the Year Awards;

In recognition of his lifetime involvement with and dedication to the GAA, including St. Finbarr’s National Hurling & Football Club, the City Division and Sciath na Scol.

In recognition of his commitment to Cork City Hospitals Children’s Club and his leadership of a dedicated team of volunteers making dreams come true for sick and vulnerable children.

In recognition of her commitment to the young people of Cork in her role as a Youth Worker with Foróige, helping to keep young teenagers on track and to save lives.

In recognition of her work for those less fortunate in society, in particular for her dedication to services provided by Edel House.

In recognition of her outstanding contribution to the community of Ballyphehane, including great work in the areas of suicide prevention and drug misuse and as a stalwart of Ballyphehane Pipe Band.

The Community & Voluntary Awards, presented by Cork City Council and sponsored by The Echo are now in their fifteenth year and recognise the significant contribution of the community and voluntary sector to the people of Cork City.

The different categories represent the broad and diverse range of community work in the city.

The winners will be announced on the night from sixteen shortlisted groups in five categories:

An overall award will also be presented on the night.

Together with our media partners and sponsors, The Echo, the organisations shortlisted in the five categories for the Community and Voluntary Awards will be highlighted in The Echo in the days immediately prior to the Awards event.

The event will be streamed live at www.corkcity.ie/tv