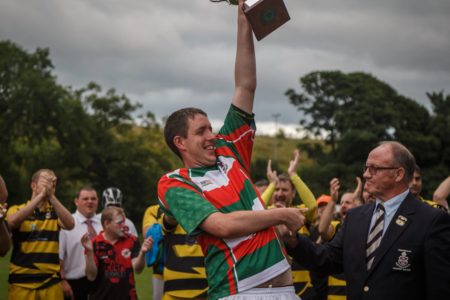 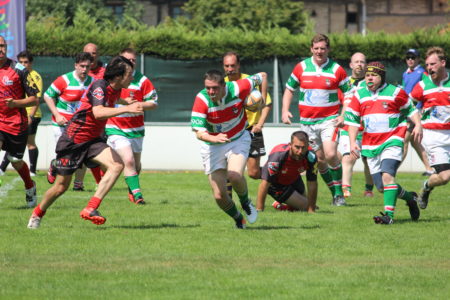 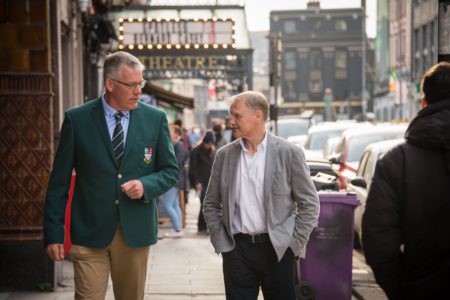 750 players with and without disabilities, from 24 teams and 12 different countries such as England, Ireland, Scotland, Wales, France, Italy, Spain, Belgium, Canada, Argentina and New Zealand will come together to play rugby under same World Rugby laws as the XV a side game with only minor adaptations such as uncontested scrums.

5 years ago two men (Alan Craughwell and Liam Maher) came together, after a chance meeting, to form the first mixed ability rugby team in Ireland – the Sundays Well Rebels.

On the back of this they have accomplished great things:

The Sundays Well Rebels won the first ever International Mixed Ability Rugby Tournament (IMART) Rugby World Cup held in 2015
They pitched for & won the chance to host the next IMART Rugby World Cup which is coming to Cork in June 2020
The fought for recognition from Ireland’s national rugby body, the IRFU – which they were recently granted
The no. of mixed ability teams in Ireland has grown

The Mixed Ability Model encourages social inclusion by removing barriers to participation for people who feel unable to join mainstream grassroots clubs or groups due to physical or learning disabilities, mental health issues, size, shape, age, prolonged inactivity, or a perception of ‘not being good enough’.

“Mixed Ability rugby and Mixed Ability sports are providing real opportunities for people with and without disabilities to experience social inclusion. Working with people with disabilities, I know how important social inclusion is and how detrimental any exclusion and loneliness can be to someone’s wellbeing. In addition to this the IMART ethos is beneficial to all involved – it’s inspiring to see the lads learn so much about each other when level the playing field. These guys just see themselves as one team and you can’t buy that!”

“Since I first spoke to Alan about mixed ability rugby my life has genuinely not been the same. I don’t have any first-hand experience with disability affecting myself or my family, so it’s not something I ever really considered. But my involvement with the Rebels has been the most rewarding thing I’ve ever done.”

“I’m proud to support the International Mixed Ability Rugby Tournament coming to Ireland for the first time. Mixed Ability gives everybody the opportunity to be a rugby player regardless of size, shape or ability. This is an incredible opportunity to celebrate our core values, welcoming teams from around the world to experience our legendary Irish hospitality!”

It is hoped that the IMART Tournament in Cork next year will enhance interest, participation and interaction of people of all abilities in the sport across Ireland and beyond, and help to build new connections between grassroots clubs, educational institutions, communities and local authorities.

Liam Maher, Manager of the Sunday’s Well Rebels, spoke of their plans to showcase all that Cork has to offer to the 750 strong participants, as well as organisers and spectators who will flock to the event.

“We have worked tirelessly with the IRFU, Munster Rugby, Cork City Council, IMAS, and others in an effort to bring this event to Cork. There has been a lot of work in the background – not just in preparing the bid for this global tournament, but in getting recognised for IMART as an official rugby sport. We have been in talks with the IRFU since the Rebels were set up in 2014, and thankfully we have recently received much-deserved recognition for this forward-thinking, inclusive and inspiring sport.

We’re exceptionally proud that Cork has been chosen to host IMART 2020. The tournament will bring together some of the finest Mixed Ability rugby teams in the world and will attract in the region of 750 international participants for the week-long competition. Cork won the bid in part due to Ireland’s international reputation as a rugby power-house, but also because we have reputation in Mixed Ability sport. Mixed Ability is about valuing everyone’s potential and celebrating what’s at the heart of true sport – participation, passion and fun!”

IMART, now at its 3rd edition, has become the ‘World Cup’ for Mixed Ability rugby clubs, and is the only international event where people of all abilities play together in the same un-adapted, mainstream 15-a-side game abiding by World Rugby Laws.

Following the huge success of the inaugural tournament in Bradford (UK) in 2015, and the most recent 2017 event which was held in Vitoria-Gasteiz, capital of the Basque Country in Spain, the event now moves to Cork for 2020.

The Tournament aims to promote participation in rugby and disseminate rugby´s core values of integrity, passion, solidarity, discipline, and respect.

The staging of the event in Cork marks a significant achievement for Sunday’s Well RFC, who coordinated the bid, and acknowledges the leading role which the Club now plays in championing the sport.

A further exciting aspect of IMART is the interactive conference programme featuring renowned speakers who will present and discuss the latest research around Mixed Ability sport across many disciplines, drawing on and including participants’ experiences.

“Cork is a fantastic city, with a great rugby tradition, and Sunday’s Well Rebels are one of the best brilliant examples of rugby clubs being truly representative of their local community. We are incredibly proud of this event and recognise that staging the tournament in 2020 will give enough time to the teams to put in place the necessary arrangements. We trust IMART 2020 will spread IMAS’ inclusive message far and wide and inspire many more individuals, clubs and National Governing Bodies to take up Mixed Ability!.”

1. The Sport Programme, in which players from 15 different countries (and counting!) will take part in the 3rd International Mixed Ability Rugby Tournament, competing for the two main trophies, the ‘Winners’ Cup’ and the ‘Spirit of Mixed Ability Rugby Trophy’ awarded to the team who best embodies rugby core values. For the first time, the tournament seeks applications from Mixed Ability women’s team to run a parallel competition or exhibition games.

2. The Academic Programme, in which internationally known speakers and researchers from the sport, education, health and advocacy fields will present their studies and research about paths to inclusion in sport for people of all abilities in a participatory and interactive environment.

3. The Social Strand, in which concerts and post-match events will provide spaces to enjoy and share the best moments with teammates, players from the other teams and spectators.

Ultimately, IMART intends to promote a long-lasting shift in perceptions and behaviours around diversity, removing the barriers which prevent people of all abilities from enjoying mainstream sporting activities, using the power of rugby and education to, make this world a better place.