The 13th annual Youghal Medieval Festival will take place this on 4th August 2019. The current ‘Festival of the Year’ (Chambers Ireland, Excellence in Local Government Awards) has been given a new place in the calendar year of the August bank holiday weekend to facilitate the increasing numbers wishing to attend the event. The event is organised by Cork County Council’s Youghal Heritage Committee in partnership with the Irish Walled Towns Network. 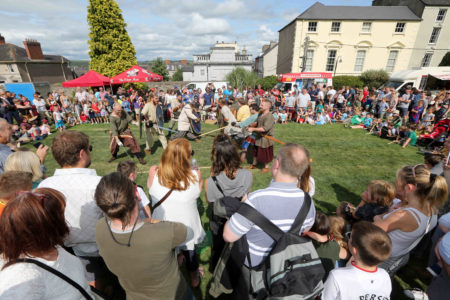 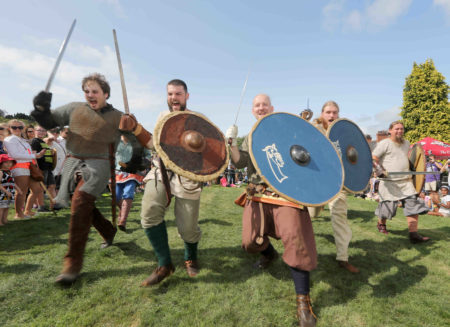 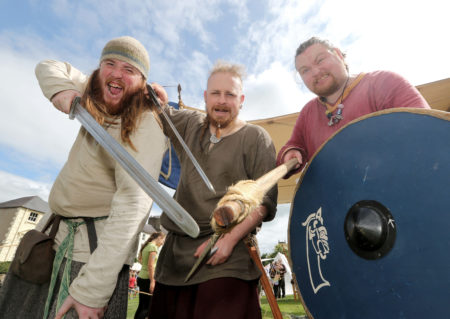 Youghal is still riding on the crest of a wave since ‘Ironman’ swept into the East Cork town in June of this year and it is all set to continue as the Youghal Medieval Festival delivers one of the largest, most successful free events of its nature Ireland.

Mayor of the County of Cork, Cllr. Christopher O’ Sullivan praised organisers for their hard work: “I would like to congratulate Youghal Heritage Committee, who on behalf of Cork County Council have laboured to produce a fantastic festival programme which brings Youghal’s unique built heritage to life through a series of free events that the whole family can enjoy. Incredibly, Youghal is expected to welcome in the region of 10,000 visitors to the town, representing a substantial economic boost. The annual Medieval festivities not only generate economic gains, but also bring local businesses and the wider community together, strengthening the region’s rich sense of community and furthering the positioning of Youghal as growing tourism asset.”

Chief Executive of Cork County Council, Tim Lucey said: “Cork County Council is firmly committed to the development of the East Cork region and we have been advancing significant projects for Youghal in particular. The restoration and re-opening of Youghal Clock Gate Tower, our role in securing investment for restoration and interpretative works at St Mary’s Collegiate Church, installation of Youghal’s eco-boardwalk and most recently the news of an €8 million commitment from Central Government enabling progression of our plans to develop and construct the Midleton-Youghal Greenway. These are but a few examples of our commitment to the development of Youghal as a sustainable and thriving tourism town. Youghal Medieval Festival is an ideal opportunity to showcase the excellent work that has been carried out in the town.”

Highlights of this year’s event include: The White Horses Living Society and their 30 ‘medieval warriors’ who will set up their tented medieval village in the gardens. Their ‘battle re-enactments’ are now legendary and will take place throughout the afternoon. An ‘archaeological dig’ for kids will see children supervised by qualified archaeologists in 30 minute ‘workshops’. New for 2019 will see the award-winning petting zoo “Farmyard in Your Schoolyard”, with children taking the ‘alpacas for a stroll’ around the medieval gardens! All of the old favourites will return including ‘paint your shield’ and this year kids will paint their own fairy door! With balloon art, face painting, hair braiding, as well as a host of artisan food and craft producers all participating.

Full details of the event can be found on www.youghal.ie