The partnership with Irish Community Rapid Response (ICRR) will include a major fundraising prize draw, with tickets sold during the Guinness Cork Jazz Festival. 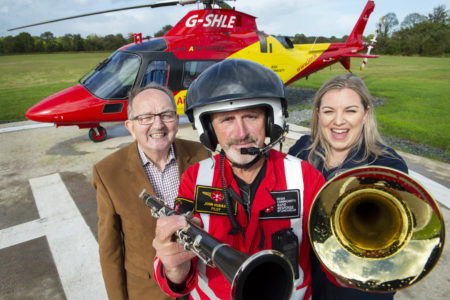 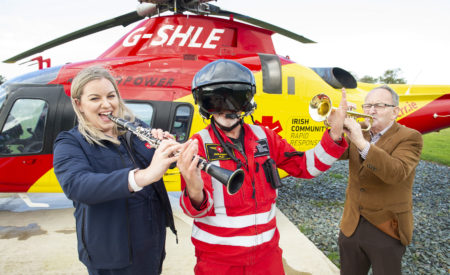 ICRR Pilot Captain John Murray said the service was delighted to be chosen as the festival’s 2019 partner. “We are honoured to be associated with the Guinness Cork Jazz Festival which is a landmark event and brings thousands of people to Cork every year.”

Guinness Cork Jazz Festival Chairperson Fiona Collins said: “With this service Munster based, officially launched in September and in urgent need of public support – we felt it was the right time to choose it as charity partner. We encourage people to show their support by buying raffle tickets ahead of and during the festival.”

ICRR will now be recruiting volunteers to sell the raffle tickets across the city during the festival. Entrants will have a chance of winning one of three ‘money can’t buy’ prizes.

The Helicopter Emergency Medical Service (HEMS) delivered in excess of 100 missions in its first two months in service from late July until the end of September and is ahead of target on delivering 500 life-saving missions per annum. However €2m will have to be raised each year to keep the service airborne.

The charity is funding the cost of the helicopter, the pilots, the fuel and the airbase, while the National Ambulance Service is resourcing the medical staffing and tasking of the service.

The fundraising raffle will take place on December 18th 2019. More information at www.icrr.ie