AIB is renewing its primary sponsorship of the Ludgate digital hub in Skibbereen for a further three years. The bank has committed to continue backing the work done in creating a sustainable digital economy for Skibbereen and the wider West Cork area. Ludgate is home to 21 companies including xSellco, Vilicom & Stori Creative which support industries such as bio-tech, aviation services, e-commerce and media production. 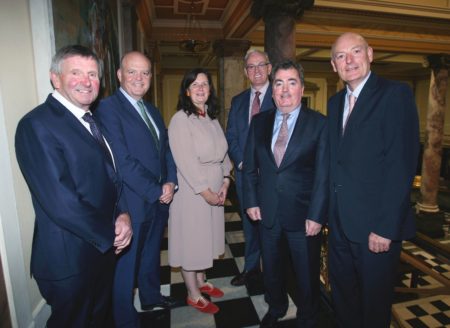 Having signed up as primary sponsor in 2015, AIB has worked alongside the team at Ludgate in helping establish a thriving businesses community and a schedule of events and initiatives to help businesses, such as;

Speaking about the announcement, Colin Hunt, Chief Executive Officer at AIB said “As Ireland’s leading digitally enabled bank we are delighted to announce the renewal of our Ludgate digital hub sponsorship for a further three years. The work Ludgate is doing to develop a sustainable digital economy in West Cork is something we at AIB are proud to support through this sponsorship and through our involvement in the various events and initiatives at Ludgate.”

Speaking about the announcement, Adrienne Harrington, Chief Executive Officer at Ludgate said “We are thrilled to have AIB renew its commitment to Ludgate as primary sponsor of the digital hub for another three years. AIB’s backing has been instrumental in helping Ludgate develop as Ireland leading digital hub over the last number of years and we look forward to working alongside them as we grow Ludgate over the coming years.”

Founded in 2015, The Ludgate Hub is located in Skibbereen, WestCork, Ireland’s first gigabit town and has been recognised as a blue print and example of innovation being fostered in rural Ireland.

The board of Ludgate is made up of some of Irelands leading business people including;