#CORKJAZZ: Cork is in full swing for the Guinness Cork Jazz Festival

Cork is in full swing for the Guinness Cork Jazz Festival weekend, which runs until Sunday (28th October) with more 1,000 musicians from 20 countries performing in 70 venues, and an incredible 95% of performances being staged for free!

This afternoon, three amazing big brass bands will come together for The Big Brass Band Explosion at the Everyman. The legendary Grammy award-winning jazz singer, Kurt Elling, plays at Cork City Hall tonight, while Sinead O Connor performs a sold-out concert at The Cork Opera House. 2018 jazz pianist of the year, Fred Hersch, will perform tomorrow, Sunday, as part of a double bill with the world-famous Northern Irish trumpeter, Linley Hamilton, in the Everyman Theatre, and Motown diva, Martha Reeves and the Vandellas, take to the stage in City Hall tomorrow night.

While you’re in the city make sure you visit the Super Dome Jazz Stage on the Cork Opera House Plaza for live music throughout the afternoon and you can enjoy the food fair on Emmet Place.

Don’t miss the Jazz Jamboree, a jam session with visiting European bands for a Farewell Gathering on the Opera House Plaza on Sunday at 5pm.

Finally, you can’t miss out on the experience of attending a gig at the Metropole Festival Club, where a host of fresh new international talent will perform from the UK, France, Canada and Ireland. Entry is just €30 per person and will give you access to the entire hotel with jazz acts in four rooms.

For more information on any of the Guinness Cork Jazz Festival, The Big Fringe or Guinness Music Trail events or to book tickets to the fantastic array of events, click here.

1. Big Brass Band Explosion – Three amazing brass bands – The OhnO! Jazzband, Hyde Park Brass, and Les FanFlures – will play back to back in a gig guaranteed to knock your socks off. Saturday October 26th, The Everyman, 2pm 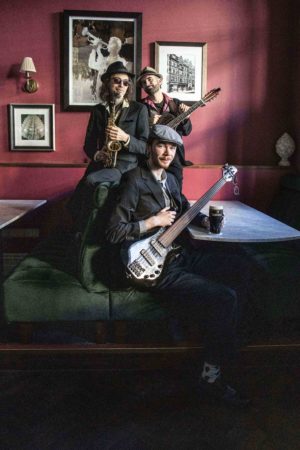