The Green Party has said Cork should stand against imports of fracked US gas through the Port of Cork.

Fracking involves extracting gas by injecting a mixture into the earth to split underground rocks and release gas. The process is linked to health and environmental risks and was banned in Ireland in 2017. American actor Mark Ruffalo, most widely known for playing The Hulk in the Avengers film series, recently called for the Irish government to stop the importation of fracked US gas into the country.

The Port of Cork has signed a memorandum of understanding with US company Next Decade to import gas from US fracking companies through the Port of Cork. A separate terminal to import fracked US gas through Shannon is also proceeding. 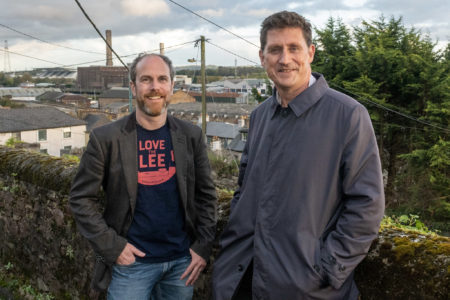 “We can’t, in good conscience, ‘off-shore’ the health and environmental harm of fracking to US border communities. Climate justice is an international issue – there can be no room for this kind of hypocrisy in it.”

“The geological risks of fracking, causing localised earthquakes and polluting groundwater, are well publicised,” Councillor Moran continued. “The health effects for those living close to fracking sites is less prominent in media coverage. These include poorer infant and gestational health, as well as breathing difficulties and headaches. Disproportionately it’s ethnic minorities that live near fracking sites, particularly African-American communities. The fracked gas will be taken from sites like these are planned to be imported through Shannon and Cork.

“This is a front-line of the fight for climate justice. We cannot allow this to cross our harbours, to do so would be complicit in the suffering of these people & the damage caused to the planet.”

In a news conference this week Mr Ruffalo implored Ireland not to allow the imports, stressing the effects the (what the fossil fuel industry terms) ‘sacrificial zones’ has on the people who live there.