Late October/Early November is one of the busiest times for book releases, as publishers vie to secure a place on the Christmas book market.

“Irish Cinemas: A History in Photographs” is a pictorial record of 139 old Irish cinemas. Illustrated with over 200 photographs, it includes an assorted array of buildings, ranging from luxurious urban picture palaces to modest, provincial cinemas. It is retailing for €25. 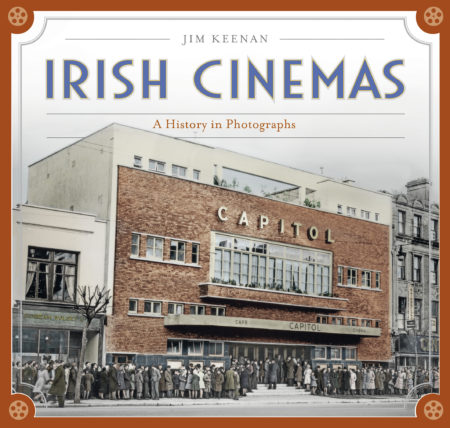 Extract from book in relation to the Capitol Cinema Cork:

“Cork’s Capitol Cinema opened on 5 April, 1947 with the comedy film Monsieur Beaucaire, starring Bob Hope. It was built on the site of Grant’s shop, which burnt down in 1942. The luxurious cinema, designed by James Finbarre McMullen, was the second largest in Cork (1,329 seats). It showed 20th Century Fox, Paramount and Warner Brothers films. The most successful film shown there was The Sound of Music, which ran for three months in 1967. The first manager was Eddie McGrath. He retired in 1981 and was succeeded by Fred Hill. The Capitol closed in January 1989 for conversion into a multiplex – the city’s first. It reopened the following August as the six-screen Capitol Cineplex, with a total seating capacity of 1,100. The Cineplex closed in December 2005.”

County Cork is particularly well represented in the book (pages 104-123) with 25 photographs of 16 old cinemas: