‘Failure Isn’t Fatal’ – celebrating the success that failure can inspire

Glandore Cork presents an evening of life lessons from entrepreneurs who have failed and lived to tell the tale and how failure can make a business stronger.

There’s very little that’s guaranteed in the world of start-ups, except for failure, which in some form, is pretty much guaranteed. In business, companies flounder, projects collapse, and resilient entrepreneurs learn quickly, forging success from the ashes.

Irish culture has traditionally avoided talking about failure, yet as many entrepreneurs know, your mistakes can sometimes tell a far more interesting story than your successes.

Glandore, Ireland’s longest serving and leading provider of serviced offices and coworking spaces, is undaunted by the concept of failure, and instead, sees its value. Having worked with some of Ireland’s most successful indigenous and International businesses Glandore has had a birds-eye view of how businesses overcome challenges, learn from them and exceed expectations. The concept of failure is essentially the genesis of its series – ‘Failure Isn’t Fatal’ – a light-hearted and open discussion on the potential failures that happen in the business world and what we can learn from them.

Taking to the stage at the inaugural event were three Founding CEOs, who are no strangers to failure – or indeed success; Eoin Kennedy from Zone Digital, Niamh Parker from Alana, and Cathal Doorley from Rezoomo shared their stories from the frontline of the start-up battlefield.

“Trailblazing is at the core of any entrepreneur’s DNA” said Henry Daly,

Head of Marketing at Glandore Network and MC for ‘Failure isn’t Fatal’. “But trailblazing is a risky business, and comes with its fair share of disappointments, embarrassments and dead ends. What marks successful entrepreneurs out from the crowd is their ability to identify and pursue the opportunities created by failure. It was enlightening and inspiring to hear how Eoin, Niamh and Cathal engineered their own failures to secure their success”

Kicking off at Glandore City Quarter on Lapp’s Quay last week ‘Failure isn’t Fatal’ was the first in a series of events taking place in Cork, Dublin and Belfast, where an invited audience meet three entrepreneurs, telling the stories of the things that didn’t go right and how their failures inspired their success.

“Banksy’s quote ‘winners are not those who never fail, but those who never quit’ certainly rings true for me,” said Eoin Kennedy, Founder and CEO of Zone Digital and panellist at the ‘Failure Isn’t Fatal’ event at Glandore Network. “Because the greatest lessons I’ve learned in business have most certainly been from the failures, so I was delighted to share some of those experiences, especially if it means another entrepreneur can avoid the pitfalls, or at least navigate around them perhaps a little more smoothly than I did.” 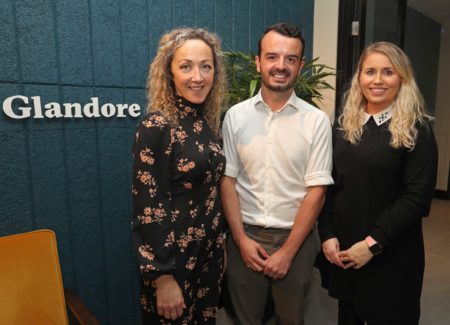 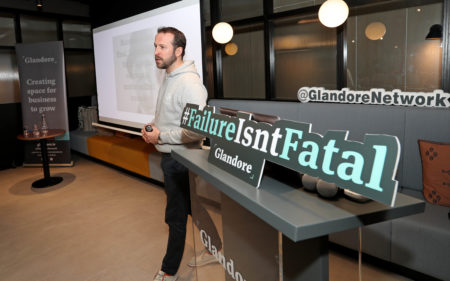 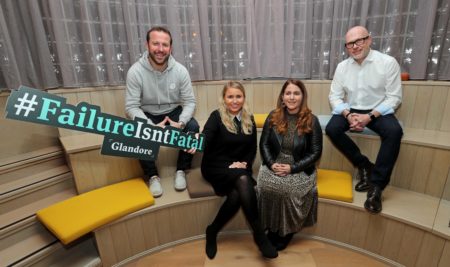 To book a Community Desk, Hot Desk or Dedicated Office at Glandore Cork, Dublin or Belfast, to enquire about holding your next meeting or event at these premises or for more information on future events visit www.glandore.co or @glandorenetwork on Facebook, Twitter and Instagram and follow the conversation with #FailureIsntFatal