An Irish wastewater treatment manufacturer, based in Riverstick, Co Cork is calling on the Government to fast-track some of the proposals outlined in the Domestic Waste Water Treatment Systems 2017 and 2018 report[1]. 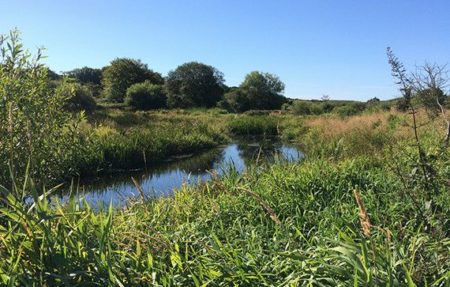 Ireland Waste Water is a privately owned Irish company founded in Cork by Mary & Niall Mulcahy over 12 years ago. It is based in Riverstick, Co Cork. The company trades as ‘Ireland Waste Water’. A search of the Companies Registration Office database indicates this is a Registered Trading name of Irish Sewerage Treatment Systems Ltd.

The private company says recent research from the EPA paints a worrying picture of the water quality of certain systems throughout the country, and that it is now imperative that Government and the relevant bodies keep their foot on the gas when it comes to ensuring cleaner and more environmentally-friendly water treatment systems.

This comes on the back of two separate reports from the EPA. The first, released earlier this year, revealed that over half of the 2,000 inspections of septic tanks and other domestic wastewater treatment systems in 2017 and 2018 failed inspection because they were not built or maintained properly.[2] While the latest EPA report found that sewage from the equivalent of 77,000 people in 36 towns and villages is released into the environment every day without treatment. [3]

“The EPA report earlier this year showed that for the 2017-2018 period of local authority inspections Cork County had a failure rate 49% – and even more worryingly, by March of this year, 11% of these failing systems remained unfixed. The stakes are high when it comes to public welfare and environmental protection. We have been in this industry for 20 years and while the quality of water in Ireland is good by international standards, we cannot afford to be complacent in our approach as there are still issues that need to be addressed. As with anything of this nature, the potential for environmental pollution and a negative impact on the health of the nation is great and, as contamination of water could have disastrous consequences for those affected, these issues need to be dealt with the gravitas they deserve.”

IWW say there are two primary issues affecting the quality of water in various, particularly rural, locations around the country – namely, the improper spreading of slurry[4] and the sub-par maintenance of household septic tanks and wastewater treatment systems.

“There are nearly half a million domestic wastewater treatment systems (DWWTS) used by rural householders to treat sewage in Ireland and most (90%) are septic tanks[5]. A very large percentage of these are not meeting the standards required and even after this has been pointed out, a large portion remain unfixed. What’s more the EPA’s research tells us that treatment at 21 of Ireland’s 169 large towns and cities did not meet national and European standards set to protect the environment. There is a very real risk of E. coli and other contamination-related side-effects for these homes and businesses and the surrounding areas.

We are advocating for a hastening of the pace at which Government and local authorities are addressing these issues, and perhaps more sanctioning for those who don’t abide by the existing guidelines. The way local authorities deal with this issue varies from county to county also – there is not a uniform approach to penalties and sanctions when perhaps there should be.

We applaud the decision to extend and expand the septic tank grant so that it’s no longer means tested. We all have a role to play in taking care of ourselves and our environment. People need the backing and the support of the Government, but they also need to take personal responsibility. From what we have seen to date, most people are more than willing to do just this.”

Circle 7 is a unique wastewater purifying solution for homes, schools, factories and businesses throughout rural Ireland, that treats water in a more environmentally friendly way, and to a higher standard than what has been possible to date, saving households and businesses thousands of Euro in the process. Ireland Waste Water is the only company that has achieved European certification for their product, which is unique in the Irish market. It reimagines the traditional flawed septic tank process which, when not managed correctly, is a risk for contaminating the land and the water system. Circle 7 provides a new system to treat wastewater by taking household waste, percolating it using an advanced filtration system and bringing it to a near bathing water standard.

“Grey water is damaging septic tank and wastewater systems as they currently stand in homes all over the country, with the primary risk being contamination of the clean water supply into a home, as well as of the surrounding land.”

IWW are reporting strong demand nationwide for their Circle 7 invention. The company says they need to look at growing their distribution network and warehousing facility.

Mr. Mulcahy went on to say,

“Since we launched Circle 7 earlier this year the demand has been phenomenal – people the length and breadth of the country have been getting in touch with us saying they have been looking for a solution just like this but had not been able to find one to date.

The demand in the West of Ireland has been particularly strong, and while we have been and will continue to service customers all over the country – logistics is definitely a challenge. We need to transport huge concrete tanks by the use of cranes and as we are almost at full capacity at the moment, we are looking at other avenues for our distribution network.”

While works to upgrade water supply schemes are ongoing by Irish Water, the EPA suggest that there are a large number of schemes around the country still at risk of contamination – up to 60 serving an estimated 551,078 customers. A good number of these schemes serve the country’s most populated residential areas, such as parts of South Co Dublin, Wicklow, Cork City and Kilkenny, as well as popular tourist areas in Cork and Kerry.