Private parking contractor APCOA has earned €1.4m from the council contract since 2014 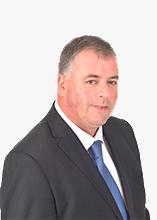 The Council confirmed this decision at a meeting in the town on Tuesday 17th December 2019, following calls for same by Cllr. O’Shea and his Fine Gael colleague, Cllr. Liam Madden in October. Cllr. John Paul O’Shea, who formerly represented the Mallow area in Cork County Council, took up the fight for the Council to resume management of its own parking system in Mallow back in 2017.

Up to this point, the Council paid a parking management contractor to manage parking services in the town. These services include provision of wardens, web payment system, customer call centre, all fines, administration process from reminder letters to legal process for court, pay parking machine collections, and financial and operational management.

The Council confirmed on Tuesday that it would resume management of Mallow’s parking services from early 2020.

Speaking after the meeting, Cllr. Tony O’Shea said: “I want to welcome the decision today by Cork County Council to take back the operation and management of its pay parking under the auspices of the Council. It is clear that the present system was not working effectively and it is important now that the new system will operate for the benefit of the traders and the people who come to shop in Mallow town.

Cllr. O’Shea added “I and my colleague Cllr. Liam Madden have also requested the simplification of parking zones within the town into the future. For example, if a person parks on Shortcastle street and obtains a parking ticket for same, he/she should be able to utilise this ticket in another part of the town within the time limit of the ticket. I am glad that these changes will also be implemented during 2020 which will be of enormous benefit to the people availing of parking in Mallow Town”.

CIT Chemical Engineeing Student wins 2019 Merck Prize for Academic Excellence
Previous Post
Smoky coal to be banned in Cobh, Midleton, and Mallow – and Cork County Council have task of policing it
Next Post
Tweets by @TheCork_ie