The Cork City, Mallow and Middleton cinema’s are to host a range of culturally diverse events in the first few weeks of 2020. What better way to inspire you for the new year?
Celebrate New Year’s Eve with The Gate Cinema at the annual live concert broadcast from the Berliner Philharmoniker which is kicking off at 4pm. This fantastic event will be conducted by Chief Conductor Kirill Petrenko and features a lively American programme including the star soprano Diana Damrau as guest soloist. This event is the perfect way to celebrate the close of 2019.

Join the celebration of Andre Rieu’s 70th Birthday on the 4th and 5th of January by looking back at this most spectacular performances throughout his career. This unique anniversary event will take the audience on a journey around the world to André Rieu’s most amazing concert locations; such as Schönbrunn Vienna, Radio City Music Hall New York, Brazil, Mexico, the Coronation Concert in Amsterdam and Australia. 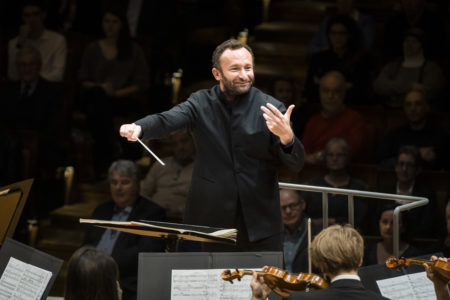 On the 16th of January The Gate is delighted to see the Royal Academy of Arts in London and the Museum of Fine Arts in Boston bring together self-portraits of one of the most celebrated painters of our time, Lucian Freud for the first time in history. This exhibition creates a unique opportunity for the exhibition on screen to reveal the life’s work of a master in one show.

The Royal Ballet will return to Cork on the evening of the 16th of January with The Sleeping Beauty. This production of The Sleeping Beauty has been delighting audiences in Covent Garden since 1946 and is sure to captivate the citizens of Cork in the coming weeks.

Documentary “In Search of Mozart” comes to the Gate on the 27th of January. The film traces the story of Mozart’s life and throughout the music takes centre stage, showing Mozart’s life fitting around it. On its first release the film played in some cinemas for 6 months and remains many people’s – including classical musicians’ – favourite film on Mozart.

A spokesperson from The Gate said “We are really excited about hosting such a diverse range of events in our cinema’s over the first few weeks of 2020. There really is something for everyone this January. It’s also a unique opportunity for the people of Cork to see something new and different that we usually don’t have on our doorstep.”