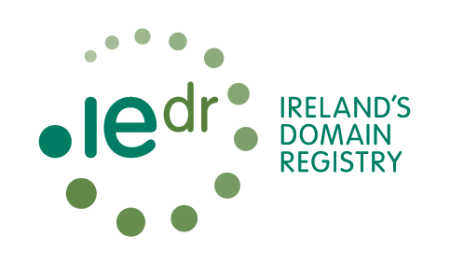 There were 4,055 new .ie domain registrations in Cork in 2019, according to the latest edition of the .ie Domain Profile Report published today by IE Domain Registry, the company that manages and maintains Ireland’s country domain.

The .ie Domain Profile Report examines the makeup of the .ie database, including the counties and countries where .ie domains are registered and additional information about the wider .ie ecosystem.

The report also showed that over the course of the last decade, .ie enjoyed a 10 percentage point swing in market share of Ireland’s hosted domains from .com.

A decade of growth

The change, called ‘liberalisation’, allows anyone to register a .ie domain provided they can prove a legitimate connection to the island of Ireland. Previously, .ie domain applicants were required to also prove their claim to a particular .ie domain, which was often difficult for new start-up businesses and other informal associations without official documentation.

61% of all new .ie domains in 2019 were registered by companies or the self-employed. Almost 80% of the total .ie database comprises these two types.

In an era of increasing social media restrictions, new .ie registrations by individuals rose by +27% last year as more seek a private digital space that they fully control.

“The 2010s were a period of monumental growth for the .ie domain, powered by a combination of rapid technological and social change through the explosion of digital media and e-commerce and the proliferation of internet-enabled devices, and because of key strategic decisions taken by IE Domain Registry’s Policy Advisory Committee.

“The most fundamental of these was ‘liberalisation’, a rule change implemented in 2018 that dropped the requirement for applicants to prove their claim to a particular .ie domain name.

“This has made it easier and faster for people who have a connection to Ireland to secure their .ie domain of choice and build a web presence for personal or commercial use.

“As Ireland becomes more globalised and the internet connects us to more international businesses and institutions, it’s essential that our communities, be they parishes, villages, or towns in Cork or elsewhere, have the means to identify themselves online as familiar, local, and Irish through the trusted .ie brand.”

Reflecting the times, ‘smart’, ‘green’, and ‘tech’ were among the most used words in new .ie domains in 2019. In 2010, ‘energy’, ‘car’, and ‘wedding’ ranked as some of the most popular.
The number of new .ie domains registered in Great Britain by entities or individuals with a connection to the island of Ireland grew slightly (+0.5%), which is perhaps indicative of a sustained but slowing interest in Irish digital assets as the final Brexit deadline approaches.
198 .ie domains featured a fada on a vowel in 2019, up from 144 in 2018 (+38% YoY).
51% of .ie websites now have an SSL security certificate (+45% YoY). Google downgrades search results for websites without SSL certificates.
422 .ie domains were put up for sale on the ‘secondary market’ in 2019, up from 291 in 2018 (+45% YoY). This indicates strong demand for the .ie brand.
ENDS

The .ie Domain Profile Report is a biannual analysis of the .ie database. The data for this edition covers the period 1 January–31 January 2019.