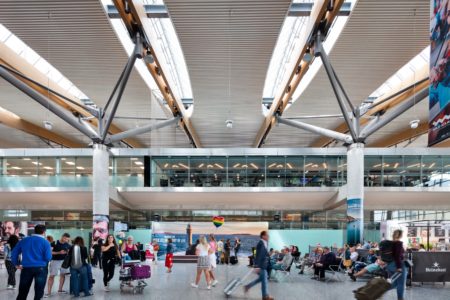 In total 2.6 million passengers passed through Cork Airport last year, with Cork Airport increasing the punctuality of its service in 2019 by +3.5% on its 2018 figures.

The OAG table also gave Cork Airport a clear lead of +4.9% over its nearest competitor, Belfast International Airport, in the punctuality league.

The news comes as Cork Airport enters its fifth consecutive year of growth, with passenger numbers to grow by +5% to 2.7 million passengers in 2020.

Speaking on the research, Managing Director of Cork Airport, Niall MacCarthy said: “With Cork Airport continuing to grow strongly year-on-year, it is fantastic to see that we have retained our status as the most punctual airport in the country. It is key that we maintain the aspects that the public love about Cork Airport — ease of access, convenience, award-winning customer service and minimal wait times.

“Punctuality measures the entire performance of the flights in airports. There is nothing more annoying for passengers than experiencing delays on flights. Business people especially dislike airport delays.

“We put a lot of time into our processes to ensure Cork Airport delivers on punctuality. What does this mean to us? It means we can confidently say to prospective passengers, ‘your flight is more likely to take off and arrive on time in Cork Airport than in any other airport on the island of Ireland’. That is a huge selling point for us.’’

There are over 50 routes on offer from Cork Airport to the UK and Continental Europe, along with multiple daily long-haul connections worldwide through major European hub airports. Two new routes have already been announced for Cork Airport for 2020, with KLM Royal Dutch Airlines’ new daily service to Amsterdam Schiphol starting from March 30 offering connectivity to 170 destinations worldwide through the airline’s extensive network of flights.

Ryanair have also announced a direct flight to the Croatian coastal city of Zadar from Cork Airport commencing in April 2020.