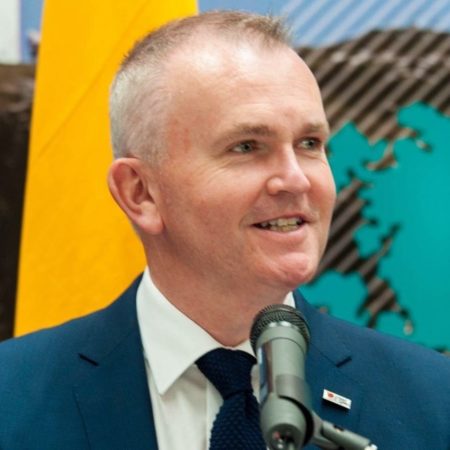 Established in 2013, the Digital Communications Forum was created by ACI EUROPE to facilitate exchange on the rapidly-evolving discipline of digital communications, encompassing PR (including crisis communications), multimedia formats (such as live video, animation, podcasts & more) interactive communications tools (online, in terminal and mobile) and conversation management tools such as social networks and messaging apps.

As Head of Communications at Cork Airport, Kevin has been to the forefront of driving Cork Airport’s digital marketing and social media prowess. Cork Airport’s award-winning digital marketing has won multiple national and international awards in recent years. He has also won a coveted European Public Affairs Award for the airports successful lobbying campaign on both sides of the Atlantic to secure Cork’s first direct transatlantic service with Norwegian and he has won multiple National Advertising and Digital Marketing Awards over his career with daa and Heineken Ireland.

Kevin has been a member of Cork Chamber’s Transport and Infrastructure and Public Affairs Committees, served as a Director of Visit Cork, the regional business and consumer tourism body as well as on the Regional Executive Committee of Ibec – the Irish Employers Federation in recent years.

He is no stranger to international leadership roles having served as World President of Junior Chamber International in 2005, the worldwide network of young business leaders and entrepreneurs where he travelled to 65 counties prior to taking up his appointment at Cork Airport in 2006.

More than 2.7 million passengers will travel through Cork Airport this year, flying on over 50 routes to destinations across the UK and Continental Europe. Cork Airport was named Airport Council International (ACI) Best Airport in Europe in its class (serving under 5 million passengers) for the second time in two years in 2019.