New Mayor of the County of Cork – Cllr Ian Doyle

Councillor Ian Doyle was elected Mayor of the County of Cork on Monday. The unusual timing of the installation was due to the the election of the previous Mayor Cllr (now Deputy) Christopher O’Sullivan to Dáil Éireann in February’s General Election. A person cannot be a Cllr and TD concurrently so O’Sullivan was deemed to have vacated his position of Cllr, and thus Mayor.

The new County Mayor Cllr Ian Doyle first took his seat in Cork County Council in 2014, representing the community of the then new Fermoy Municipal District and was then re-elected in 2019 as a representative of the redrawn Mallow Kanturk Municipal District.

His career as a Councillor follows many years working actively in the community of North Cork. He was a founding member of the Charleville Show 40 years ago and has held many positions there over the years, including Chairman. He is a lifelong member of the St. Vincent de Paul Holy Cross Conference. During his presidency of this organisatation, Vincent’s shop was established.

Mayor Doyle has also served as Chairman of the Charleville Heritage Society, treasurer of Charleville Tidy Towns Committee and is currently a board member of a number of community groups including Ballyhoura Development, Charleville Sheltered Housing and Community Care, Charleville Community Hall, Charleville Chamber, Newtownshandrum Community Association and IRD Duhallow. He serves on the Board of Management of CBS Primary School Charleville and of St. Mary’s Secondary School, on which he is currently the Chairperson.

Both as an activist and as a public representative, Mayor Doyle has been a leader in rural and urban community development in North Cork and will bring this focus to his role as Mayor of the County. Mayor Doyle will continue his consistent engagement with all stakeholders in promoting social, commercial, agricultural and industrial success for the duration of his term.

Cllr. Doyle, speaking on his election as Mayor of the County of Cork said

“I can’t describe this enormous honour; it is a pure privilege to represent the people of Cork County. I am very aware of the significance of the chain in representing the citizens of Cork County, promoting its strength in economic development, social and tourism activities, while recognising the strong and proud communities that make up our wonderful county.” 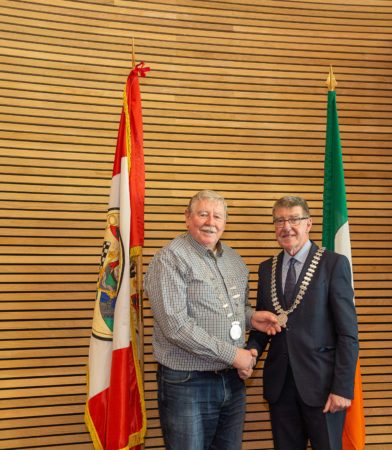 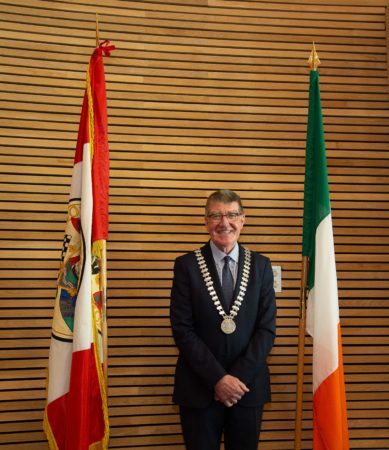 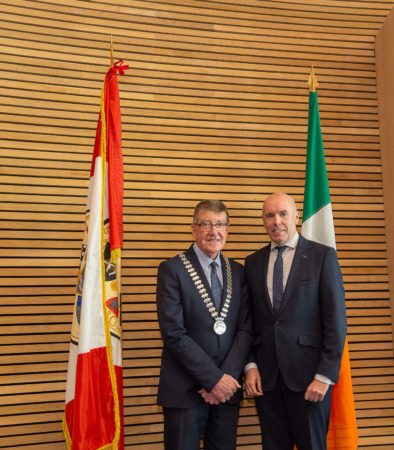