The rise of the VPN in Ireland

Globally, demand for VPNs, or Virtual private networks, have been noticeably on the rise. VPN provider Nord VPN has reported that overall use of its virtual private networks has risen by 165% since the 11th March. An already considerable number of users have almost tripled in less than a month, and these figures are substantial. In some countries, a growth of over 200% has been highlighted: 206% in Canada, 208% in Australia and 240% in the Netherlands. This growth is common across VPN providers and services at bestvpn.ie, and the cause is glaringly obvious: COVID-19, Corona Virus, whatever you would like to call it. More people are being forced to work from home, so the rise in internet services seems natural. 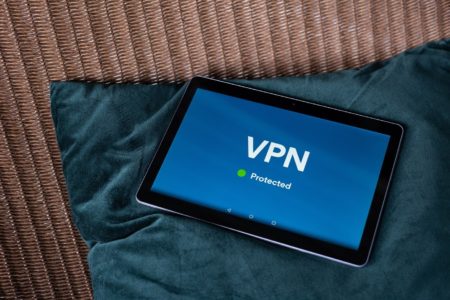 The UK’s National Cyber Security Centre (NCSC) has issued guides on how to use VPNs for a remote, safe workplace and other security measures for working from home. This is thoroughly unsurprising, as the Irish government has urged people to stay inside expect for necessary outings such as medical supplies, food and exercise. This is the case with many other countries as well, including France, the UK, Spain, Italy, and it is impossible to give an end date to this procedure. There have been examples of brazen disobedience to the rules, however the majority of people seem to be respecting the lockdown.

In the meantime, people are still working, because they need to keep a roof over their head and food on their plate. In fact, studies show that the average working day has increased from nine hours to eleven hours, although the productivity within these times is not necessarily added to these studies. Businesses need to keep ticking, however working on the internet can be dangerous and tricky. Passwords can be hacked, and internet connections can be restrictive, and VPNs solve all these issues. For a monthly fee, most premium VPNs can provide a wide range of services for internet activities, including storing safe passwords, creating and avoiding firewalls and >maintaining privacy online in various ways.

For many, the risks of not getting a VPN outweigh the cost of the VPN, and it helps put the mind at rest which is why businesses and individuals alike are buying subscriptions or getting free subscriptions. However, there can be another reason for needing VPNs. With increased internet activity pretty much everywhere, there are worries that networks can’t take the strain, so if VPNs can redirect to more secure and less busy networks, this is pretty much a win-win situation for everyone. For example, users signing up for betting offers like this might be geo-blocked; take a UK resident who is on holidays in Spain, but wants to access their favourite bookmaker while abroad. Typically they will be faced with an error message as they are using a Spanish IP, but with a VPN that’ll disappear. 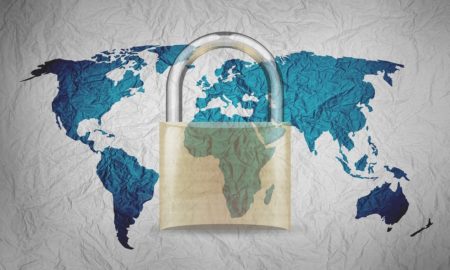 Harold Li, the Vice-President of Express VPN has attempted to explain why the service is seeing increased demand, stating: “We are seeing strong demand in our services as more people spend more time indoors and employees around the world telework. Beyond using a VPN, we encourage users to practice good cybersecurity habits while working remotely.” This is actually a shift from the usage of VPNs before, which tended to fall under three categories. The first was composed regular people who wanted to watch/access restricted content (an example is Netflix and international rights to shows and films), the second was made up of those who are active in grey areas of the internet, whether this is criminal or unethical or simply to hide it from their provider, some people have a reason to hide their internet activities. The third group was journalists and people living in a repressive country, VPN being their only secure way of accessing the Internet, especially American and European sites such as Google, Facebook and YouTube, all of which are unavailable in China for example. Now a fourth group has inserted itself into the mix: those who desire or are being coerced into working from home by the Coronavirus and want a reliable and secure internet provider.

In Ireland, the trend is the same, with websites offering explanations as to what VPNs actually were, and whether you need one. One search for Irish VPN in any major search engine will throw up an excessive amount of advertisements and links to VPNs, as well as a considerable amount of comparison websites. These rate each VPN, as they offer different advantages for different offers. In addition to that, VPNs specialise in different areas as well, whether it be privacy, security, amount of data they offer for lower prices, etc.

As the Irish Times recently reported, it can seem that with an anti-virus and a firewall, you have all you need to combat any internet malware and malice, but this isn’t the case. When using normal internet, you are sending and receiving information over an open network, however the login requirements for the hotspot are usually very minimalist, and it’s unclear if indeed there is any kind of encryption on your data that might protect it in some method. That means protection for your web-browsing data is low, and it’s vulnerable to being intercepted by anyone with the right tools and know-how. And although some websites may offer a certain level of encryption for your data, such as passwords and authentication details, it’s only as secure as its weakest link. That’s why sites such as Twitter use hypertext transfer protocol secure (https) for logging in, a change that it implemented for its web interface in 2012. But if this isn’t available, a VPN service can help. It encrypts the traffic for you, keeping it safe from prying eyes.

For this reason, more and more people across the world and Ireland are downloading and installing VPNs on their phones and computers. Coronavirus has a firm grip on the climate in most Western countries and staying home is of vital importance, so a surge in VPN usage is natural, and I believe the wave is only just beginning, and that soon enough Virtual Private Networks will be the norm.