DID YOU KNOW? There is a place called ‘Kinsale’ and ‘Cork Hill’ in Montserrat, West Indies, Caribbean

It’s more than 6,500km from Cork but some residents have Cork surnames, and Cork accents. There is a ‘Kinsale’, and a ‘Cork Hill’.
It’s called Montserrat and is an Island in the West Indies, Caribbean 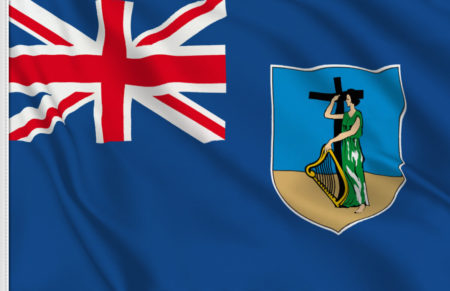 The flag of Montserrat features ‘Erin’, the female personification of Ireland, and the golden harp, another symbol of Ireland. This reflects the Island’s Irish ancestry.

This is the story of the island of Montserrat. It is a British Overseas Territory, which is the current term used to refer to the remnants of the British empire which are still under the control of London. It’s located in the West Indies, Caribbean. With a population of 5,215 (2019 census) and an area of 101 km2 it’s fairly small. Montserrat is the only ‘nation’ outside of Ireland where a public holiday is granted to honour St Patrick.

The Irish constituted the largest proportion of the white population from the founding of the colony in 1628. Many were indentured servants who were press-ganged by Cromwell from Cork and Kilkenny; others were merchants or plantation owners. The geographer Thomas Jeffrey claimed in The West India Atlas (1780) that the majority of those on Montserrat were either Irish or of Irish descent, “so that the use of the Irish language is preserved on the island, even among the Negroes [then a term used to refer to black people] .”

African slaves and Irish colonists of all classes were in constant contact, with relationships being common and a population of mixed descent appearing as a consequence. The Irish were also prominent in Caribbean commerce, with their merchants importing Irish goods such as beef, pork, butter and herring, and also importing slaves.

There is indirect evidence that the use of the Irish language continued in Montserrat until at least the middle of the nineteenth century. The Kilkenny diarist and Irish scholar Amhlaoibh Ó Súilleabháin noted in 1831 that he had heard that Irish was still spoken in Montserrat by both black and white inhabitants.

in 1852, Henry H. Breen wrote in Notes and Queries: a Medium of Intercommunication for Literary Men, etc. that “The statement that “the Irish language is spoken in the West India Islands, and that in some of them it may be said to be almost vernacular,” is true of the little Island of Montserrat, but has no foundation with respect to the other colonies.”

In 1902, The Irish Times quoted the Montreal Family Herald in a description of Montserrat, noting that “the negroes [then a term used to refer to black people] to this day speak the old Irish Gaelic tongue, or English with an Irish brogue. A story is told of a Connaught man who, on arriving at the island, was, to his astonishment, hailed in a vernacular Irish by the black people.”

A letter by W. F. Butler in The Atheneum (15 July 1905) quotes an account by a Cork civil servant, C. Cremen, of what he had heard from a retired sailor called John O’Donovan, a fluent Irish speaker: “He frequently told me that in the year 1852, when mate of the brig Kaloolah, he went ashore on the island of Montserrat which was then out of the usual track of shipping. He said he was much surprised to hear the negroes [then a term used to refer to black people] actually talking Irish among themselves, and that he joined in the conversation”

On 18 July 1995, the previously dormant Soufrière Hills volcano, in the southern part of the island, became active. Eruptions destroyed Montserrat’s Georgian era capital city of Plymouth. Between 1995 and 2000, two-thirds of the island’s population was forced to flee, primarily to the United Kingdom, leaving fewer than 1,200 people on the island in 1997 (rising to nearly 5,000 by 2016).[6][7] The volcanic activity continues, mostly affecting the vicinity of Plymouth, including its docking facilities, and the eastern side of the island around the former W. H. Bramble Airport, the remnants of which were buried by flows from volcanic activity in 2010. In recognition of the disaster, in 1998, the people of Montserrat were granted full residency rights in the United Kingdom, allowing them to migrate if they chose. Later, British citizenship was granted to all British Overseas Territories citizens in 2002.

More about the Cork placenames


Google Maps shows the former roads/streets, but now the area has been reclaimed by greenery

Kinsale is now in the exclusion zone. Visitors are generally not permitted entry into the exclusion zone, but a view of the destruction of Plymouth can be seen from the top of Garibaldi Hill in Isles Bay. Relatively quiet since early 2010, the volcano continues to be closely monitored by the Montserrat Volcano Observatory. 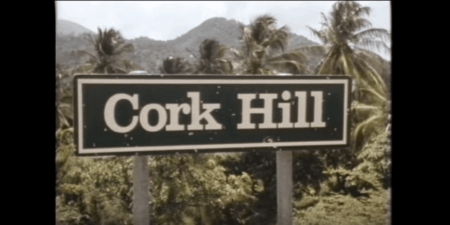 If you enjoyed reading about Montserrat then check out this 9 part documentary from 2005 entitled ‘Montserrat: Emerald of the Caribbean (Part 1 of 9)’