Illegal dumpers will be prosecuted by City Council or County Council

City and county councils record as increase in reports of illegal dumping since the introduction of Covid-19 related restrictions. 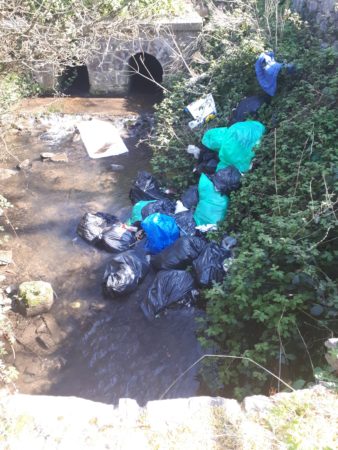 We recently reported on Illegal dumping in County Cork, now all of Ireland’s 31 Council’s have joined forces to highlight the consequences for scofflaws.

City and County councils across Ireland have recorded in increase, as high as 40% in some areas, in the number of calls reporting illegal dumpsites during March 2020 when compared to the same time last year.

Complainants are reporting a number of illegal dumpsites being discovered in streets and byroads, hills and bogs, at public amenities, and in private housing estates across the country.

In response, DCCAE has ring-fenced €1 million of the 2020 National Anti-Dumping Initiative allocation for measures that will stop this activity and catch the perpetrators.

“The situation is being monitored continuously on the ground with specific incidents and patterns of illegal activity being investigated thoroughly. Investigations will lead to fines and possible prosecutions.”

“Household waste services are operating normally. We are asking householders to please use an authorised waste collector or their local civic amenity to dispose of household waste… Leaving waste, including recyclables, on the street close to waste collection amenities is considered illegal dumping.”

“Now, more than ever, we need to protect our environment and manage our waste responsibly. Illegal dumping destroys our communities and it will result in fines or prosecution.”

To report littering or illegal dumping in County Cork contact the Council’s anti-litter unit at 021 428 5417 (9am-5pm Mon to Fri) or via email to antilitterunit@corkcoco.ie. Alternatively, call the 24-hour National Environmental Complaints Line on 1850 365 121

Future historians will want to know what life was like during COVID19
Previous Post
Cork City Council’s response to COVID19 favours cars, and thus goes against WHO guidelines – according to Greens