Debenhams workers recently voted to engage in industrial action across all eleven Debenhams locations by a margin of 97 percent in favour. A key objective of the industrial action campaign is to prevent the removal of any remaining company assets from the closed stores and to pressurise the Debenhams parent company in the UK to pay a fair union negotiated redundancy package to their loyal staff in Ireland. 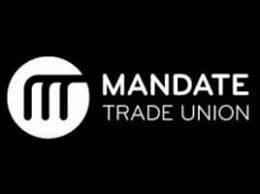 “Mandate stands fully behind our Debenhams members’ demand for a reasonable and fair redundancy package. These workers have been disgracefully treated by their employer and their anguish and frustration is exacerbated by attempts by the company yesterday (Tuesday 26th May) to remove assets from one of the stores.

He added, “In Cork yesterday, our members bravely managed to prevent an insidious attempt by company representatives to remove assets from the empty Debenhams Patrick Street location. Our members, legally protected by an official ballot for industrial action, stood firm. They are extremely single minded in their determination to secure a fair redundancy package and their union will provide all the necessary support to help them achieve that justifiable objective.”

Mr Light continued, “In the event of this type of sleight of hand manoeuvre occurring again, let me make one thing very clear to this company, any further attempts by Debenhams to frustrate our official national strike and to undermine our official pickets by attempting to remove assets will be met with strong and determined resistance.

He concluded: “These eleven Debenhams locations will be subject to ongoing pickets no matter who decides to operate a business from them and our campaign will incrementally intensify accordingly. This union and its members will do everything within its power to halt the transfer of valuable assets from all eleven locations until a fair and satisfactory resolution to this dispute has been agreed.”

Above was the view of the trade union, let’s now move onto political reaction. 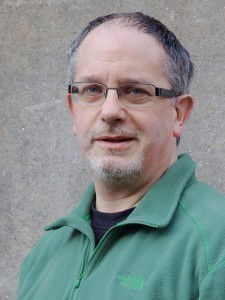 Cork North Central Solidarity TD Mick Barry said this morning that a four and a half hour blockade of a security truck loaded with cash from the Debenhams Patrick St safe in Cork city was only ended yesterday after Gardai threatened workers with arrest if they did not let the truck pass.

The Cork North Central TD said that the Cork Workers were to be congratulated for their stand and said that the stand by the Cork workers had inspired Debenhams Workers across the country and increased their resolve to block the removal of stock from the stores without a just settlement of the dispute.

There are estimated to be more than 1.25 million items of stock in the 11 locked Debenhams stores across the country, according to the TD.

Deputy Barry said this morning: “The stock must be used to fund the defence of jobs or at the very least to fund a decent redundancy package. It took four and a half hours to move cash from one safe in one store yesterday – this gives a glimpse of what might happen if the liquidators try to move one and a quarter million items of stock from 11 stores in the days or weeks ahead”.

It is understood that Debenhams Workers will be less inclined to let trucks pass if they attempt to leave loading bays loaded with stock, according to the TD.

The Cork North Central TD questioned whether opening a locked shop, emptying a safe, loading the contents of the safe onto a truck and driving a truck away constituted a breach of lockdown regulations.

He said that many ordinary people would feel that the Gardai should have intervened to stop a breach of lockdown regulations rather than intervening to let the truck pass.

He also warned that any attempt by Gardai to arrest workers attempting to block the removal of stock from the shops would be strongly opposed by ordinary people.

He said: “The broad mass of ordinary people understand and appreciate that the Debenhams Workers have been treated appallingly by their employer and are now involved in a fight for justice. I think that public opinion would not support the Gardai getting involved in this dispute and any attempt by Gardai to arrest workers will be strongly opposed by ordinary people in my opinion.”