Construction of the facility began in October 2019

doTERRA (“the world leader in essential oils and wellness products”) is set to create up to 100 new jobs in the northern suburbs of Cork City over the next three years with the opening of the company’s first manufacturing facility outside of the United States. The Irish operation, which will serve as doTERRA’s European Manufacturing Headquarters, will manufacture and distribute doTERRA products to the European marketplace, as well as provide increased capacity to serve other international markets, including the Middle East and Africa. The privately held company was founded in 2008 and employs over 3,500 people in the U.S. and multiple offices around the world. 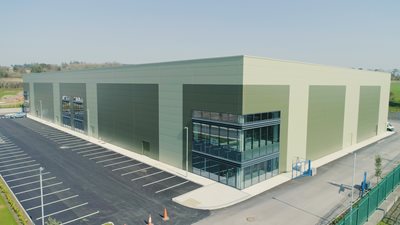 The 95,000 sq. ft. state-of-the-art facility in Blarney consists of cleanrooms, bottling rooms, office space, a lab, cold storage and warehousing and is expected to be completed by the end of July. There are currently 10 employees based in Cork City, and the company will look to add a number of operations roles and warehouse staff in August as the facility ramps up to start production in September. The company will grow its staff in quality control, supply chain management, finance, legal and HR as production increases. doTERRA’s arrival in Ireland is the result of a capital investment made by the company of more than €10m. Construction of the facility began in October 2019, and to date, the project has supported more than 60 construction jobs. 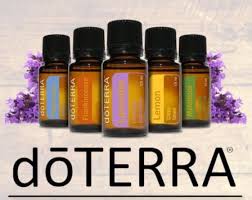 IDA Ireland supported the company in its search for a European Headquarters, and Ireland beat off strong competition from several other locations.

“doTERRA’s investment is in line with IDA Ireland’s strategy to continue to win investment and jobs in regional locations. Ireland is the ideal gateway location to Europe, while Cork continues to be a world-class investment location for international companies. doTERRA’s arrival in Cork shows the confidence business leaders have in a region that continues to assert its adaptability and agility despite some extraordinary challenges that have emerged as a result of the global pandemic. I wish doTERRA every success and assure them of IDA Ireland’s continued support.”