The GAA has announced a new partnership agreement between Irish recruitment experts, FRS recruitment and GAAGO, RTÉ and the GAA’s online service for streaming Gaelic Games outside of Ireland. FRS recruitment are located in Fota Business Park, Carrigtohill, one of 10 offices nationwide. 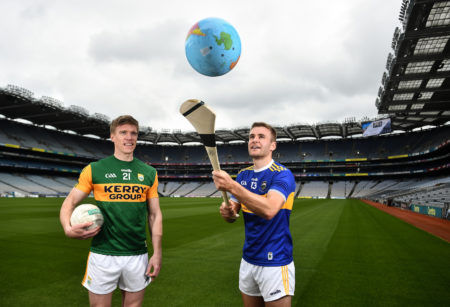 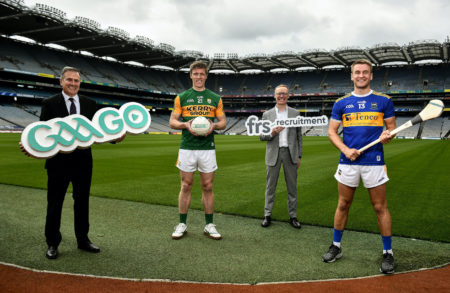 Under this partnership FRS recruitment will sponsor the service over the next three years, with FRS spots featuring before games and during half time, while their branding will feature extensively throughout the app, on live streams and on other GAAGO communications.

The partnership will begin with the streaming of the GAA Club Championships beginning on 17th July featuring St. Martins v Oulart The Ballagh from Wexford Park in the Pettitts SuperValu Wexford Senior Hurling Championship. The partnership will continue through the intercounty hurling and football championships which are due to begin in October. Games featured on GAAGO are streamed in high-quality HD and include full commentary, scores, and studio programming as broadcast to audiences in Ireland. GAAGO subscribers can view the games live and on-demand on any internet-enabled device including mobile phones, tablet devices and laptops.

FRS recruitment expect to reach over 3 million Irish viewers abroad over the course of the partnership, as part of their “Ireland is Hiring” initiative. Launched in 2018, “Ireland is Hiring” seeks to recruit qualified expats for jobs in Ireland, particularly across the healthcare, IT, construction, medical device/ pharmaceutical and financial sectors.

Speaking about the partnership, Colin Donnery, General Manager with FRS recruitment said, “We are really excited about this partnership agreement for GAAGO. For the past two years FRS recruitment has been working with qualified members of the Irish community located across the four corners of the globe to fill high calibre positions in Cork and across Ireland. That has been particularly noticeable during the Covid-19 crisis, with the minds of many Irish abroad turning to life back home. There are a range of opportunities available on www.frscruitment.com – particularly in sectors like healthcare, IT, construction, medical device/ pharmaceutical and finance where talented candidates are needed and we expect that will continue even as the country emerges from the Covid-19 crisis. When we are speaking to these expats what is clear is the appeal of Ireland never diminishes. Now, working with the GAA and RTE we will be able to provide the Irish diaspora with the chance to experience 70 minutes of home on a regular basis,” he said.

Peter McKenna, GAA Commercial Director & GAAGO Board Member said, “Many members of the Irish community across the globe miss the GAA experience when they are away from home. That was one of the key reasons behind the establishment of GAAGO – we wanted Gaelic Games to be within reach of the Irish diaspora no matter where they were in the world. Working with FRS recruitment, this partnership will remind them that there are also opportunities waiting for them back home. In recent years the GAA itself has benefitted from the likes of Tommy Walsh and others returning to our shores. Through this partnership we hope we can provide a further reminder to the diaspora of what Ireland has to offer, both on and off the pitch.”

In 2020 GAAGO viewers can expect exceptional GAA coverage including All-Ireland Championships in both hurling and football, Bord Gáis Energy Under 20 Hurling Championship as well as GAA club games from around the country and plenty more Gaelic Games activity.

Further details on the partnership and on the Ireland is Hiring initiative are available on www.frscruitment.com FRS recruitment is one of the leading recruitment businesses operating in Ireland. They have 10 offices nationwide, with locations in Dublin, Cork, Galway, Tipperary, Limerick, Kerry, Kilkenny, Offaly, Cavan and Roscommon. A 100% Irish business, FRS recruitment is part of the FRS Network – the social enterprise co-operative.