Scene from movie: The sermon on Jonah from Moby Dick

Mayor of the County of Cork Cllr Mary Linehan Foley has unveiled a sculpture in Youghal to commemorate the filming of John Huston’s 1954 classic film adaptation of ‘Moby Dick’.

The €35,000 sculpture, designed and developed by Cloyne based artist Matthew Thompson, was funded by Cork County Council, the Department of Rural and Community Development’s Town and Village Renewal Scheme and by the fundraising efforts of local community group “Youghal 4 All”. The sculpture depicts the famous whale’s arch nemesis Captain Ahab at the helm of his ship, the“Pequod”.

The unveiling ceremony commemorates Youghal’s transformation into the Massachusetts village of New Bedford for the opening scenes of the movie, which also saw many local residents serving as extras alongside movie stars such as Gregory Peck.

In addition to the new monument, Youghal’s quayside has received a significant facelift over the past year with public realm works seeing the replacement of old stone footpaths and a new sea wall offering flood protection. These Cork County Council commissioned works have enhancedvisitor accessibility to Youghal’s town centre, Market Square and Quayside. 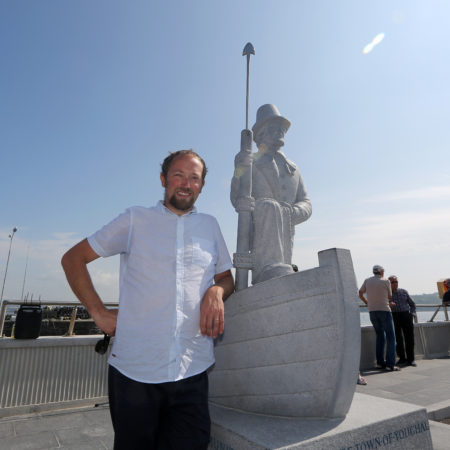 Speaking at the launch, Mayor of the County of Cork Cllr. Mary Linehan Foley said;

“It is an honour to unveil this commemoration for such a fondly remembered occasion in my hometown of Youghal. Our family business at the time, Linehan’s Butchers, formed an important part of the set and having been used as a pub in the film, my mother subsequently had the idea to turn the business into Moby Dick’s bar. Much like a Hollywood movie, this latest project has been made possible by the collective efforts of so many people. This statue will be a wonderful addition to the town, an attraction for tourists and a reminder of an iconic time in the town’s history. The community of Youghal has proven time and again to be a welcoming and friendly host for all sorts of events and Cork County Council is proud to support them”. 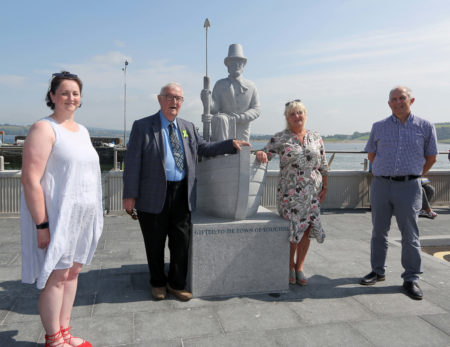 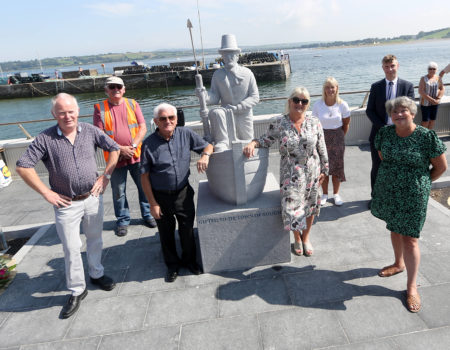 Cllr. Mary Linehan Foley, Mayor Of The County Of Cork, with members of Youghal 4 All, pictured at the Moby Dick statue unveiling in Youghal.
The statue commemorates
Picture: John Hennessy