There’s good news for Cork classical teens as the Top Security Frank Maher Classical Music Awards for sixth years is going ahead this year, with a €5,000 prize for the winner. Violinist Mia Cooper, leader of the RTÉ Concert Orchestra (pictured) at the photocall to launch the search for entries for the largest such competition for secondary schools in Ireland. Cork schools have had a strong track record at this high-calibre competition, with four wins in the eight years since it went nationwide in 2012. 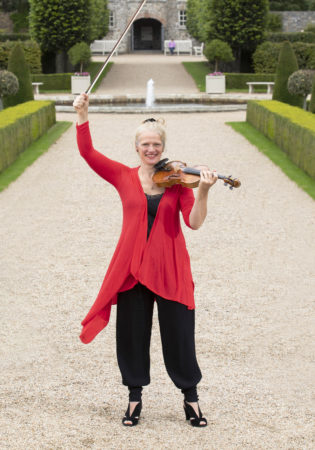 Violinist Mia Cooper, leader of the RTÉ Concert Orchestra, at photocall in the Royal Hospital Kilmainham Dublin to launch the 2020 Top Security Frank Maher Classical Music Awards for sixth year students, with a €5,000 prize for the winner.
Photo: Peter Houlihan

The Awards were first created in 2001 by Emmet O’Rafferty, chairman of the Top Security Group to honour the memory of his late teacher, Fr Frank Maher, a pioneer in the nurturing of musical talent in secondary schools. It was opened up to schools nationwide in 2012.

Emmet said, “Life must go on and we believe it is important to keep supporting young musical talent, now more than ever. From feedback we’ve received, the Frank Maher Awards are not only a vital financial boost to the winner, but also securing a place in the finals itself is an important achievement to have when applying to music colleges and institutions. It’s for these reasons that we decided to go ahead in 2020. There will be changes to the competition night format to comply with all prevailing Covid-19 protocols and ensure a safe environment for our finalists.”

Past winners have received national and international recognition for their achievements and used their prize money as a springboard towards a professional career by funding their studies at some of the world’s most renowned music colleges and institutions, including the Juilliard School, Barenboim-Said Akademie, Royal College of Music, Conservatoire Nationale Superieur de Musique et de Danse, Kronberg Academy and the Meadows School of the Arts to name a few.

The Awards are open to sixth year secondary school students of string, woodwind, brass and piano. The €5,000 top prize will be used by the winner to attend a recognised place of tuition, a course of study in Ireland or abroad or on a purchase necessary for the development of their talent. The remaining finalists will each receive a €300 bursary.

The closing date for this year’s entries is Friday 11th September 2020. A maximum of seven finalists will be selected by an independent board of adjudicators.

The competition night is Friday 2nd October 2020 at the Royal College of Physicians of Ireland in Kildare Street, Dublin. There will be changes to the format of previous years to comply with all prevailing Covid-19 protocols. More information on www.frankmaherclassicalmusicawards.com