Cork research highlights role for bacteria in the fight against viruses

Scientists in Cork, Ireland have discovered a naturally occurring bacterium that can help reduce the damage inflicted on the human body by respiratory viruses such as influenza. 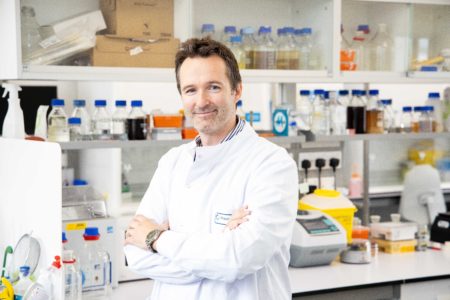 The research was conducted by Dr David Groeger and his colleagues at Precision Biotics, a subsidiary of Novozymes OneHealth, and in collaboration with APC Microbiome Ireland.

The findings show that two different Bifidobacterium longum strains (35624® and PB-VIR™) given via the nose, protected mice from lung injury and significantly improved survival from influenza.

Dr. Groeger says the study showed that “the protective effect was demonstrated by multiple different objective measures of inflammation, but the most impressive evidence was the reduction in mortality.”

The scientists went further and showed that the beneficial effects were due to a component of the bacterial cell wall which is sensed by the body’s immune system. This inhibits the cytokine storm and serious inflammatory damage associated with respiratory viruses.

The scientists have reported their findings in EBioMedicine, published by the respected journal The Lancet.

The overall implication of this research is that intra-nasal administration of specific bacterial components may be a simple, safe and effective strategy during influenza season. The research now moves toward human trials and deeper understanding of the molecular mechanisms.

The 35624® strain is available in the products Alflorex® and Align®