ON THE MOVE: Arthritis Ireland appoints new chairman from Cork 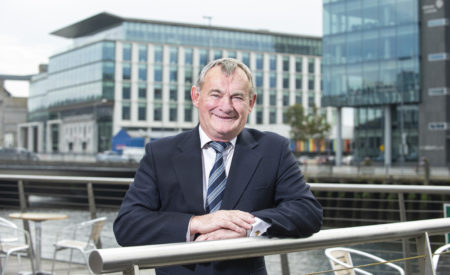 Arthritis Ireland has announced the appointment of Tim O’Sullivan from Dungourney as its new chairman. He replaces Seoirse Smith who leaves the board after 10 years, including three as chair.

Mr O’Sullivan is also chair of the Cork branch of Arthritis Ireland and was diagnosed with rheumatoid arthritis 10 years ago. Prior to his retirement, he worked in construction management.

He outlined his priorities as “developing the organisation’s membership and branch network to further increase our support and services for those living with arthritis. Equally, we will advocate for increased investment in rheumatology services to address the chronic waiting list situation. We will also continue to fund research to improve the lives of people living with this destructive disease.”

Gráinne O’Leary, chief executive of Arthritis Ireland, welcomed the appointment. “Tim brings to the role direct experience of what it’s like living with this condition. He’s rooted in our community structure and understands the dynamics of being a national organisation.

“As a staff team, we are very much looking forward to working with our new chair and the rest of the board as we continue to support people living with arthritis through these very challenging times.

“I also want to thank our former chair, Seoirse Smith, for his commitment to Arthritis Ireland over many years. The values of integrity and transparency which we hold as an organisation reflect our commitment to the code of governance, which comes from the top,” Ms O’Leary stated.

When he was first diagnosed with rheumatoid arthritis, Mr O’Sullivan said that: “Initially, it had a huge impact on me – due to the pain, fatigue and reduced mobility. However, over time, I learned how to cope with it and realised there is life with arthritis.

“Perhaps the turning point was when I came in contact with Arthritis Ireland and attended their self-management course, Living Well with Arthritis, which gave me the impetus that I needed to cope with this newfound condition,” he said.

Mr O’Sullivan went on to train as a self-management leader and now delivers the course to people throughout the south.

“Arthritis Ireland has opened up a whole network of support to me,” he added. “In the Cork branch, we have a very hard-working committee that organises a wide variety of events, including aqua aerobics, seated yoga, mindfulness, walking groups and information events. It’s a world of support and a community network that’s open to anyone living with this condition.”

In addition to Arthritis Ireland, Mr O’Sullivan has been a member of many voluntary and community organisations over the years. With a keen interest in Irish culture and history, he is secretary of the Clonmult Ambush Commemoration Committee.