The trail was researched and compiled by Michael Collins House Museum, Clonakilty as part of its centenary commemorative programme for the Irish War of Independence in West Cork. Taking into account the seven different 1920 IRA battalion areas of Bandon, Clonakilty, Skibbereen, Schull, Bantry, Castletownbere and Dunmanway the trail highlights some of the key events and sites in each area giving participants an overall view and understanding of the war for which the ‘Rebel County’ is well known. 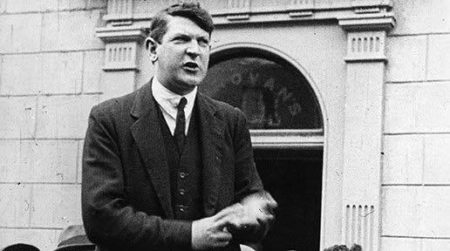 West Cork was one of the most active regions in the Irish War of Independence, with many events of local and national importance taking place here. The “War of Independence Trail” aims to highlight some of the related sites and memorials, while providing a guide for both locals and visitors to the region. Encouraging viewers to engage with the fascinating revolutionary heritage of West Cork, the trail leads participants around some of the lesser known but nonetheless historically important and beautiful sites in the region. A printed leaflet and map are available throughout Cork County Council’s library network and other heritage attractions. An online version with even more information, sites and interactive maps is available on www.michaelcollinshouse.ie or through the Michael Collins House App.

“This is a fantastic resource for history and heritage enthusiasts, guiding visitors and West Cork natives to the sites of events which would change this nation’s history and the fate of an empire. Cork County is a proud home to rich cultural and historical heritage, and this guide from Michael Collins House meets the Council’s goals in promoting and sharing that heritage. The ‘The War of Independence West Cork Trail’ highlights not just the history of events, but the tireless work of generations of historians which ensures that we can continue to learn from our history and share it with the world.”