The story of The Nine Survivors is told by Conor Kenny and Claire Cronin and details their journey to commemorate nine brave men, four from Ballylanders, one from Limerick City, three from Tipperary and one from Cork, who had survived a twelve-week Hunger Strike in 1920. 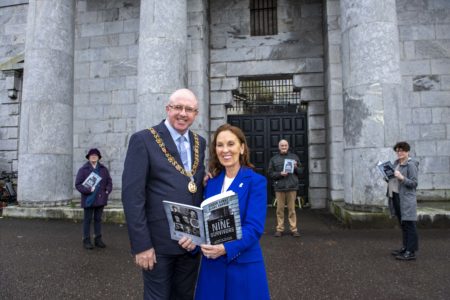 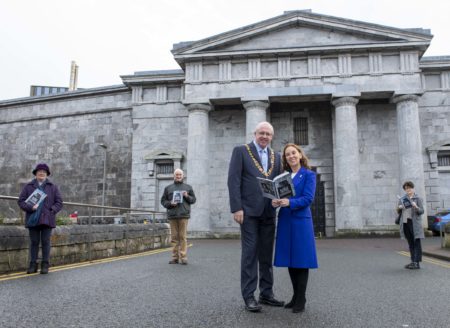 For the most part, the nine went on to lead ordinary lives, out of the limelight; and on their deaths there was little written about their ordeal, no glowing obituaries. They became the forgotten men of the history of the revolution.

“1920 was a year of profound importance in Ireland’s history. Our ancestors lived through a tumultuous year of escalating violence, tension, and distrust.

The Nine Survivors: A Story of the 94-day Record Hunger Strike, brings us the forgotten century-old story of the survivors of a 94-day hunger strike in Cork Prison. 60 Republican prisoners who were held in Cork Prison, Gaol’s Cross went on Hunger Strike on 11 August 1920 to draw attention to the great injustice they were being subjected to. Tragically, Michael Fitzgerald, Joseph Murphy and Patriot Lord Mayor of Cork Terence MacSwiney died. This new book shines a light on the men who survived – exploring the sacrifices they made and the courage it took to fight for their independence.

Conor Kenny and Clare Cronin who have done us a great service by bringing the story of The Nine Survivors to life.”

THE NINE SURVIVORS A Story of the 94-day Record Hunger Strike will be available to purchase from the New Civic Offices at Cork City Hall (phone 021 4924378 to place an order). The book was proudly supported by Cork City Council’s Commemoration Fund 2020–2023 in association with the Department of Tourism, Culture, Arts, Gaeltacht, Sports and Media

ENTERTAINMENT, NEWS
DID YOU KNOW? Ireland’s first “co-located brewery & distillery” is in Kinsale @BlacksBrewery
Previous Post
Cork based @VeloRoasters ‘BMX Blend’ Coffee to be stocked in @DunnesStores
Next Post
Tweets by @TheCork_ie