176 years ago a young African American abolitionist, Frederick Douglass, sailed from America to Ireland for a four-month lecture tour. Amongst other places, he visited Cork where he spoke to a large, enthusiastic, audience. To honour his legacy, Douglass Week (February 8th to 14th) a multi-disciplinary, collaborative event has been organised, and Nano Nagle Place in Cork City will host a number of them to help strengthen his connection to the city.

Paul Oakley Stovall, who played George Washington in the first national tour of Hamilton is in Cork to help celebrate Douglass Week and will visit Nano Nagle Place to join in a series of events and workshops organised in partnership with the Cork Migrant Centre. “I am particularly thrilled with the opportunity that has been presented to me to meet people like Junior and his friends and colleagues in Cork Migrant Centre and Nano Nagle Place. It was the unexpected icing on this wonderful cake. Frederick Douglass is not only significant for black people in American, he has continued to bring people together for nearly 200 years. It’s quite exciting for me to be forming a bond with Junior and Nano Nagle Place and Cork Migrant Centre. In the end, its’s one of the more unexpected bonuses of this whole experience.”

Junior, a spoken work artist and rapper from Cork, is one of those who’s mentoring young people in Nano Nagle Place. He says he is “aware that an open mind is key for a successful and progressive society, we hope that our creative baby steps will eventually become giant strides that will inspire others. The focus on the Cork Migrant Centre is to educate and enable the youth we work with.” Junior also works to help develop structures to raise racial awareness in the Irish education system

Cork Migrant Centre and Nano Nagle Place will be hosting four events during Frederick Douglas Week: The Inspiration Series on Wednesday 10th where a panel of established artists, such as Paul Stovall, will be present, hosted by Youth Mentors, Stevie G and Raphael Olympio. Teaching Douglass and Decolonising the Curriculum on Thursday 11th , a roundtable event with Dr Naomi Masheti, Douglass’s 18th Century to 21st Century Cork which will showcase mentors from the Cork Migrant Centre speaking about their inspiration and the work they have created as part of Douglass Week and I Am Remarkable, a webinar series which will serve to highlight and promote the positive narratives of black people in Ireland. 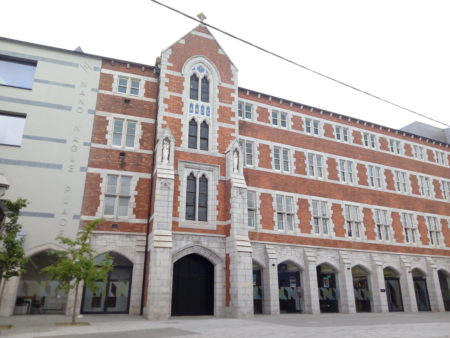