The Grand National at Aintree

The first race dates back to 1839 and some of the most famous and iconic horses have been winners at the 30-60 horse finale to the event, like Abd-El-Kader, The Colonel, and Red Rum who won at Aintree a record 3 times.

The Aintree racecourse has changed hands many times over its history before coming under the ownership of Jockey Club Racecourses, which operates 15 courses now. And in 2014 awarded a 7-figure prize fund becoming one of the richest races in the world. 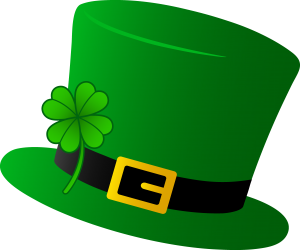 Irish horses and Irish Jockeys have had huge success at the National ever since the 1st winner in 1847, Matthew as the joint-favourite paved the way for many famous Irish thoroughbreds to come. Since then 24 winners have been trained in Ireland.

The bay gelding, Abd-El-Kader owned and trained by Joseph Osborne was the first 2-time winner in 1850 and 1851. Legend has it Osborne put £150 on his own horse and won £10,000 which translated into today’s money is worth £10million; a small fortune.

It was a 24-year wait before Wanderer won for the Irish again but then the Irish horses really started to dominate with Garrett Moore-trained Liberator who came 3rd in 1877 but came back and won in 1879 and finished runner-up the next year, when there was a one-two finish for the Irish with Empress winning.

There are always plenty of bargain bets to be had on the Grand National at Aintree especially with enhanced odds and this is a great race to win big on each-way betting. To make sure you place the right bets on horses that will give you a chance of seeing an ROI for your bets, check out a reliable grand national betting guide. You can treat these Grand National betting guides as your resource for choosing real money bets via an online bookies as well as for choosing free bets for the Grand National.

For the first time in 1947, the National was run on a Saturday and it was in thick fog that a 100/1 chance Caughoo one, beating out 56 other horses. Some claimed jockey Eddie Dempsey had cut out some of the track under the veil of the fog.

L’Escargot was only the 2nd ever horse to win the Cheltenham Gold Cup and the Grand National in 1975 and stopped Red Rum from making it 3 consecutive wins. Although Red Rum did come back the next year to complete his famous triple.

One of the most famous modern-day Irish jockeys has been Ruby Walsh and he shot to fame when he won his maiden National in 2000 on Papillon trained by his father Ted Walsh. He later made it 2 on Hedgehunter in 2005.

For Irish jockeys that have dominated racing in Britain see this piece.

When Will the Festival Take Place?

This year’s race will hopefully take place at the start of April from the 8th to the 10th.

Last year’s Grand National had to be held behind closed doors and the Jockey club claims it meant a £500m loss for the industry. It was dubbed the Virtual Grand National and could only be enjoyed online and TV. See the BBC for upcoming racecards and any cancellations from inclement weather or lockdown restrictions.

ENTERTAINMENT, NEWS
HOUSING AFFORDABILITY: Rents for Cork City now average €1,452 which is up 4.8% year on year (Q4 2020)
Previous Post
New .ie domain registrations in Cork increased by 30% 2020 vs 2019, according to latest .IE Domain Profile Report
Next Post
Tweets by @TheCork_ie