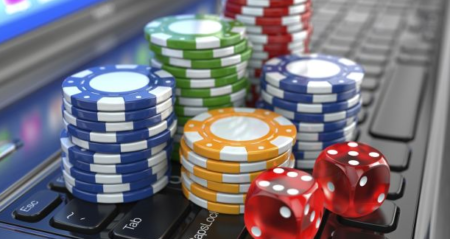 The launch of a new Irish gambling regulator has been delayed again due to COVID-19, though it is still hoped the body can be created at some point during 2021.

It had been expected that the regulator would be set up in 2020 as part of reform of the industry, but that could not happen.

As a then Minister of State David Stanton said all the way back in May 2019 that the regulator should be in place within 18 months, but the global pandemic means this became impossible to achieve.

Residents of Ireland can alrady enjoy hundreds of online casinos as seen here at NoDepositFriend but it is thought more operators could turn their attention to the country after the regulator is established.

Ireland’s Gaming and Lotteries Bill 2019 was approved at the end of that year, but progress since then has been surprisingly slow.

The delays in creating a new gambling industry regulator in Ireland led to some speculation that the plan would be cancelled entirely, but this is not the case.

Minister for Justice Helen McEntee confirmed that work is ongoing on the regulator.

“The Programme for Government, gives a clear commitment to establish a gambling regulator focused on public safety and wellbeing, covering gambling online and in person, and the powers to regulate advertising, gambling websites and apps,” she said.

McEntee added that “the necessary modern licensing and regulatory provisions for the Irish gambling industry” are still on the way and should be ready to be approved in 2021.

She also noted it is important not to rush the process given the “size, complexity and technological development of the modern gambling industry”. As a result, care will be taken over the setting up of the organisation so the regulator begins life “on a strong footing and adequately resourced to carry out this important task”.

Does the regulator need to be fast-tracked?

While the government’s view that creating the regulator needs patience, some believe more needs to be done quickly to get the body ready.

Leading psychiatrist Prof Colin O’Gara is among the respected figures to have spoken out about the lack of regulation for Ireland’s gambling industry, which is worth billions of euros.

“Gambling is being normalised extensively not only on TV but also online as gambling companies are shifting focus. Children are led to believe that gambling is harmless, which it is not,” he told the Irish Times recently.

The psychiatrist was speaking after the release of a new study found that gambling adverts have been shown during the majority (75%) of GAA, soccer and rugby games on TV.

Research that was conducted by UCD and Nottingham Trent University showed these advertisements were displayed before the adult watershed time, which means that children were likely to have been exposed to the material.

“Young men cannot decipher the difference between gambling and sport – they are inherently linked in their view – and that is something we need to challenge,” added Prof O’Gara, who cast doubt on whether or not the mooted regulator will be created at all.

While operators are still awaiting the launch of the regulator, some interim measures have been brought in since the Gaming and Lotteries (Amendment) Act 2019 was passed.

A minimum age of 18 has been formalised for all forms of betting in Ireland, while tweaks have also been made to the country’s licensing application process.

Penalties for offences have been increased as a result of the changes, with a fine of up to €5,000 able to be given out for a summary conviction while imprisonment for up to two years is possible for a conviction on indictment.

Announcing the introduction of the interim measures, James Browne, the Irish minister with responsibility for gambling regulation, said: “Gambling is a large and evolving industry.

“It must be the subject of a modern, sensible and effective licensing and regulatory approach. My department is now engaged in the drafting of a General Scheme of a new Bill to provide for that comprehensive reform.”

Gambling industry operators in Ireland will be keeping a close eye on the new regulator in the weeks and months to come, with more news expected from the government soon.