9 May 2021
By Mary Bermingham
mary@TheCork.ie

DeepVerge (LSE:DVRG.L), announces the expansion of the data and technology division, Rinocloud, into Moorepark Technology Centre in Fermoy, Cork, Ireland. The facility includes laboratory and engineering production units that will establish a European centre of excellence for real-time detection of multiple dangerous pathogens, including SARS-CoV-2, in water and wastewater systems. 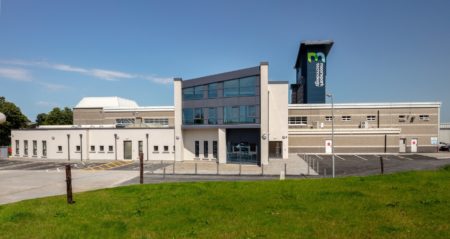 The enlarged Artificial Intelligence centre will also facilitate the research, development and assembly of Rinoclouds’ patent pending optofluidic rigs in order to meet immediate and local demand for infrastructural installations of real-time SARS-CoV-2 detection in Ireland and across Europe in wastewater. High-skilled roles include epidemiologists, physicists and data scientists.

“For 5 years, Rinocloud has been a driving innovator in real-time detection of dangerous pathogens such as E.Coli, in drinking water through its’ RAWTest program, partly funded by the Environmental Protection Agency in Ireland. Following on from the recent MoU signed with China Resources and the York, UK, laboratories, this EU facility expands DeepVerge’s capability to design, produce and assemble instruments on two continents, playing a key role in Ireland, UK and Europe, detecting and monitoring current and future outbreaks of COVID-19.”

Water-based epidemiology (“WBE”) is not new and will not end with this pandemic. Examining wastewater for evidence of SARS-CoV-2, the virus that causes COVID-19, is an internationally recognised tool used by many governments’ to assess the rate of infection across populations in the community. Such systems have the ability to act as “Early Warning Systems” detecting community spread, including symptomatic and asymptomatic community members.

In March the European Union Commission published recommendations on the systematic surveillance of COVID and in wastewater and on April 30th 2021 the Irish government announced their plan to follow this recommendation and begin testing wastewater to detect SARS-CoV-2 levels in the community.

The Rinocloud AI based data solutions have been adapted and installed into DeepVerge’s environmental division Microtox and Microtrace units. These units were originally designed to detect, but not identify in real-time, up to 2,700 contaminants in water. The units now include the ability to immediately identify SARS-CoV-2 contaminants in wastewater. The Microtox Pathogen Detection (“MicrotoxPD”) systems combine technologies such as microfluidics, photonics and AI using proven techniques from micro-engineering, microbiology and artificial intelligence and have typically been used to detect other harmful pathogens such as E.Coli. Over the last 9 months, MicrotoxPD units have achieved the ability to detect SARS-CoV-2 in wastewater.