Tim Falvey, aged 87, a former Lord Mayor of Cork city (1994/5), today died peacefully at his home in Clogheen, Cork, after a short illness. A successful entrepreneur in the northside of Cork for over 50 years, he also served as a Cork City Councillor for over 20 years (Cork North West Ward) and was a Director at the Port of Cork for several years also. 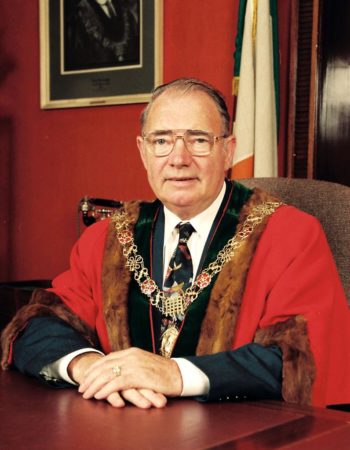 On behalf of the family, his son, Pat Falvey, stated:

“Our father and best friend, Tim, passed away peacefully today, at his home in Cork, with all his family by his bedside. We mourn his death, but we also celebrate his amazing and eventful 87-year life as a husband, father, grandfather, and great grandfather. As the head of the family, his influence has impacted greatly on four generations of Falveys.”

“These last few months have been a roller coaster for us, as in December 2020, our beloved mother Abina passed away, and now we have lost Tim, less than five months later. Our dear parents were inseparable in life, and they are surely reunited in Heaven.”

“Dad has left behind an amazing legacy to us all. It is a legacy of love, unity of family, and the important attributes of integrity and respect. He ingrained in us the power of positivity, and optimism, encouraging us to always see the glass as half full. He also taught us to live life with passion, and to have monastic patience, showing us that no matter how bad things are, we have the resilience to fight back’.”

“As a family we have been privileged to care for Dad at home for the last few months and to get this time with him, and our sympathies are with those who could not be with their parents through these strange COVID times.”

“We’d like to thank all of those that helped us through this difficult time, particularly Dad’s doctor and good friend, Dr. John Sheehan. To Jo Keane (community nurse from Blarney Health Centre), to his wonderful carers, and lastly, Marymount Palliative Health Care – we are forever grateful to you all. We are mindful also of Tim’s large circle of friends, neighbours and community members that had great regard for him throughout his life”

The son of the deceased, Pat Falvey, is well known in his own right as a high-altitude mountaineer, polar explorer, expedition leader, author, corporate and motivational speaker.

“I’m greatly saddened to hear of Tim’s passing. Tim was a successful Northside business man and will be remembered for his deep love of his native city, his dedication to his wife Bina and family and his commitment and loyalty to his community. Tim is now reunited with Bina, who passed away just a short five months ago. On my own behalf, on behalf of my fellow and former City Councillors and on behalf of the staff of Cork City Council I would like to express my sympathy and condolences to his family at this sad time.”

Cork City Council will open an online Book Of Condolences at 10.00 on Monday at www.CorkCity.ie. The National Flag will fly at half-mast at City Hall until the funeral takes place, at which the current Lord Mayor and Chief Executive will represent Cork City Council. Tim’s Requiem Mass will be live-streamed on Tuesday 18 May 2021 at 11am on www.MyCondolences.ie 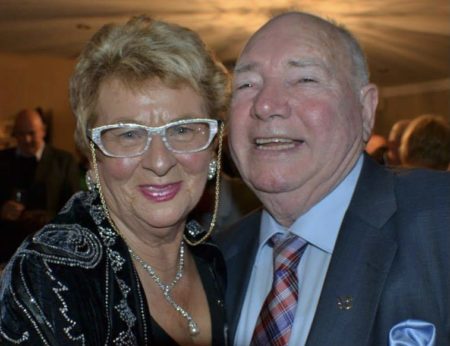