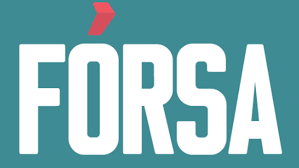 Fórsa is meeting Aer Lingus management this afternoon on foot of devastating announcements that the company is to close its Shannon base and lay off Cork cabin crew without pay between September and November. Aer Lingus employs 83 cabin crew in Shannon and 99 in Cork.

The union said it wanted a meaningful engagement aimed at maximising job retention and getting laid off crew back to work as quickly as possible. It said it would call on the airline to prioritise redeployment over redundancy.

The company has today notified the Government that all its Shannon-based cabin crew are “in scope for redundancy,” and that it wants to reduce the Cork headcount by ten. Fórsa said it expected to hear more detail of management proposals this afternoon.

The union has also called for urgent Government action, including a bespoke aviation income support scheme, to underpin jobs and maintain the relationship between employers and employees during what is likely to be a long period of recovery. Ashley Connolly, who heads Fórsa’s Services and Enterprises Division, said today’s news might have been avoided if the Government had moved faster to implement supports for the aviation sector and give a clear roadmap on when and how international air travel would resume.

“Since Covid struck, we have fought hard to maintain links between staff and their employer so that Aer Lingus and other airlines are ready to bounce back once international travel starts to resume. The Government needs to decide if the crisis in this vital industry is to be permanent or temporary. Only the State has the power and resources to preserve Ireland’s vital international connectivity – the connectivity that supports thousands of businesses and hundreds of thousands of jobs – over the coming months, and possibly years,” she said.

AREA: SOUTH CORK, BUSINESS, JOBS, NEWS
Who Are The Best Irish Players To Ever Play In The Championship?
Previous Post
Failure to put survival and recovery plan for aviation is hitting Cork Airport
Next Post
Tweets by @TheCork_ie