Exploring Ireland & Irish Culture From Your Own Home 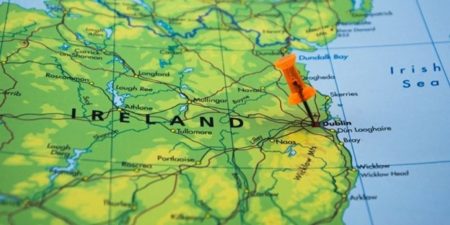 As people have been unable to travel far for the last year, many are turning to the internet in search of future holiday inspiration. The internet is a hive of useful information on where the best places to visit and explore are. For tourists wanting to explore Ireland, there is a lot of information that can be found online prior to a trip there. From the comfort of their own home, tourists can immerse themselves in the Irish culture through entertainment, Irish food and drink, and virtual tours.

There have been some great TV dramas and comedies set in Ireland produced in recent years, including The Young Offenders, Derry Girls, Frank of Ireland, and Normal People. Audiences can get a small glimpse of Ireland from these shows that were filmed in places like Cork, Londonderry, Sligo, and Dublin. Fans of Normal People can rewatch the series via BBC iPlayer and even explore interesting facts about the show online, such as how the hometown of the main characters was fictional and actually used multiple filming locations.

Ireland is also a popular filming location for movies and TV shows that aren’t even set in the country. However, the scenery provides a superb backdrop and it’s possible to get glimpses of Ireland when watching films and shows such as Brooklyn, Game of Thrones, Saving Private Ryan, Star Wars, and P.S. I Love You. There are also of course many Irish actors that are well-known in the film industry including Cillian Murphy, Brendan Gleeson, Saoirse Ronan, and Michael Fassbender.

Irish culture has inspired many other forms of entertainment as well as film and television. One area where an Irish theme is prevalent is online slot gaming. There have been a huge number of Irish-themed slot games created for 18+ players including the incredibly popular Rainbow Riches franchise which uses symbols and iconography associated with the Emerald Isle to great effect.

The Irish theme is one that’s popular with players, and games typically involve leprechauns, pots of gold and lucky charms such as four-leaf clovers. Game companies also develop and release new games using an Irish theme on a regular basis, with other titles including Irish Riches, Lucky Leprechaun and Luck O’ the Irish. 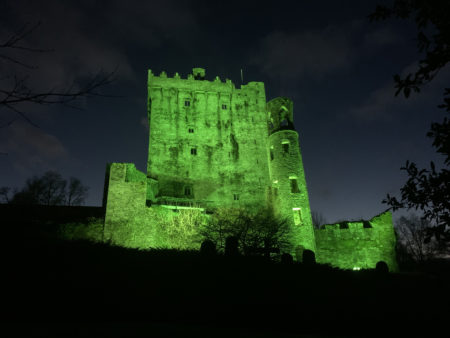 There are many famous Irish landmarks to visit on a trip to Ireland that are very popular with holidaymakers. But if tourists really want to see the attractions for themselves and cannot visit Ireland at the moment, they can always take to the internet to discover virtual tours or useful tourist information on the best places to visit.

People can explore Irish virtual tours at their leisure, in their own time, while in the comfort of their own home. Whether it’s Dublin, Cork City, or Belfast, there are many fabulous virtual tours to explore on the internet. A quick Google search can uncover virtual tours of the Cliffs of Moher, Blarney Castle, and the Giant’s Causeway, which is available to explore virtually via the National Trust.

Whether it’s a visit to Ireland, or somewhere else in the world, a simple online search can bring up a range of travel inspiration, information, and ideas. Tourists can easily plan ahead for a future trip by taking the time to explore some of the best locations, where to find accommodation, and which part of Ireland they want to visit. If people want to explore the fabulous castles in Ireland, there are many useful resources available to discover more about landmarks such as Dublin Castle, Donegal Castle and Bunratty Castle.

No trip to Ireland would be complete without sampling the local cuisine. But if an Irish holiday is still far on the horizon, people can try their luck at home by making some of the dishes themselves. There are many traditional Irish foods to try out such as boxty and colcannon. People can also start the day right by trying to cook a Full Irish breakfast.

Jameson is made in Midleton, Co Cork, Ireland

Websites like BBC Good Food have plenty of tasty Irish recipes for people to make and many interesting St Patrick’s Day recipes too. Before heading on a trip there, people could experiment with making soda bread and Irish stew at home.

There are plenty of locations to explore and things to do in Ireland, from exploring beaches to visiting popular cities. Some of the best things to do relating to food and drink include visiting local Irish pubs, exploring drinks museums, and joining a distillery tour.

Of course, Ireland’s most popular drink is Guinness which tourists can try before heading to an authentic Irish pub on a visit there. Other drinks that adults can try at home and in Ireland are an Irish coffee and Bailey’s Irish Cream. Plenty of food and drink inspiration can be found online at home, such as through Youtube videos where people can learn more about Irish culture, history, food, and much more.